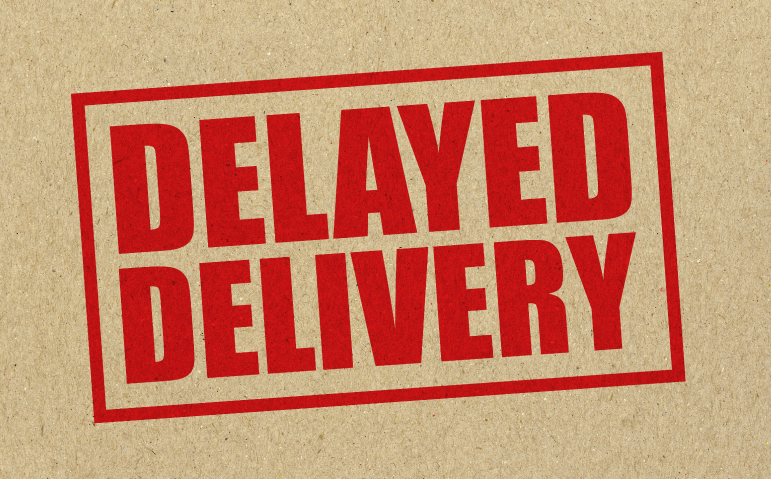 A grinchy parade of revolting developments in the global economy is causing a great deal of concern about the holiday shopping season.

The list includes but is not limited to inflation, supply chain disruptions, labor shortages and disputes in the ports and in trucking, shipping delays, and the availability of goods. Holiday shoppers are being advised to get their orders in early and place more of an emphasis on buying local.

In this Take Five interview, Madison College marketing instructor and retail expert Betty Hurd explains what is likely to happen in this retail environment.

Suffice to say we haven’t had this set of circumstances for a while, perhaps ever. From your vantage point, are retailers (and by extension consumers) up against it heading into this holiday season?

“I think it’s going to be a real challenge, honestly. In all the reports from various news sources and business journals and so forth, you’ve got everything from raw materials, where there are various shortages of metal and chips and things for electronics, and just the fact that this sets off the whole beginning of that supply chain — those raw materials.

“Then, there is the next step. OK, you can get it made, but maybe you can’t because of the Delta variant spreading in places such as Indonesia and Vietnam, which are huge areas of import for us, both in clothing and electronics. So, if they don’t have the workers to make things, that sets up another chain in the link that is disrupted.

“And then we have all the ships with the containers sitting out because the dock workers aren’t unloading for all kinds of reasons. There’s not enough of them or what have you. I know the government is trying to alleviate that, but then you’ve got the next step in the cog, which is freight.

“So, if you get the merchandise unloaded, then there is the issue with the truck drivers, or just any other transportation. So, if it’s plane, train, or truck, that’s another piece in that cog. There are so many moving parts to the supply chain that are just get affected so differently, it makes it difficult to get the whole chain link fence going.

“I don’t think we’ve ever faced anything quite like this. Certainly, we’ve never been a global economy like we are now, where we do really rely on each other to get things done. And over the course of the last few decades, with the pressure to make margin, to make money on the bottom line, the supply chain was one of the last places left to cut expenses. So, boy, that’s razor thin already. It doesn’t take much to disrupt that, so my feeling is if there is something you’re looking for and you find it, get it.

“I’m hopeful the American people will not hoard and drive up prices. I mean, scarcity, that’s basic economics. If there is scarcity and demand, then the prices go up. When prices go up, that hits inflation, and then inflation plays another game with [rising] interest rates. So, maybe if we could not all have to have everything all at once and not worry about that, that would be very helpful.”

Even with all that’s going on, the National Retail Federation reports that Halloween spending is pretty good, but does that necessarily translate into a strong holiday season?

“It can, yes. The forecasts are pretty good for the holidays. Some of the early projections are for a 7%–9% increase. Now, they didn’t say how the increase was coming. So, is the increase due to inflation or is the increase actually due to buying more goods? They sort of left that piece out, and I haven’t been able to see beyond that yet. There hasn’t been enough reporting on that. My guess is it’s a little bit of both.”

But what that says is consumers are willing to spend, right?

In the back of my mind, I wondered if that computer chip shortage was going to affect more than the automotive industry and it sounds like it’s really having an impact throughout the economy now.

“I think it is, yes. Electronics, depending on that whole raw materials situation, is where that stems from, and then of course it trickles from there. But we are heavily dependent on electronic devices of all sorts and the cloud. This would be a very personal opinion, but my feeling is that people should have maybe a plan B in place so that if some purchase is not going to happen, how else am I going to get the goods and services that I require just for living? What are things that I want for my lifestyle? What are needs and what are wants? There is a difference between those two and maybe we don’t need everything right now … I think it was Moneybox that said Americans have been saving money during this course of time, and now they are out buying at a fast pace, which has led to some of that scarcity. You can’t replenish goods as fast as people are suddenly buying them again.”

Speaking of inflation, is it your view that higher inflation is transitory or here to stay, at least for a while. Recently revised government estimates for lower economic growth and Fed Chairman Jerome Powell openly talking about raising interest rates next year would seem to suggest the latter.

“I see conflicting reports on that, but we haven’t had an inflationary period for a while. So, just the law of how inflation and all that works, I’m guessing it’s a little bit more than transitory. I’m hopeful that it’s not too long and I’m hopeful that we can resolve the supply-chain issues and just get things running smoothly again. If that were to happen, I think that would alleviate the inflation issue.”

How will consumer behavior change, if at all?

“Historically, it has to some degree. You know, it’s interesting because as to your first question, we’ve never been in times like this. The things that people are looking to buy are far more electronically driven, so that changes the game of how things go, literally. It will be interesting to see what is considered the hot item or the hot items. If the hot items are projected to be something in electronics, then scarcity and high demand will definitely cause some trouble. People are not going to be happy about that. They want what they want, and they want it now, and that might not happen.

“Other things that I’ve read a little bit about and I’m just starting to see a little bit is how the whole going local movement will affect things.”

Since you brought that up, given the emphasis on buying local, do Madison-area retailers, especially independent ones, have an advantage because of that?

“They may very well. A couple of things related to that for those smaller businesses that don’t rely on imports, but rely on other people making things, and I don’t want to say crafts because that’s not what it is, but where you make your own jewelry, for example. I think small business entrepreneurs who can make things and share spaces with others, whether it’s on Etsy or other things, or a small boutique or what have you, then you can make your own stuff. I think you would have a much better opportunity to not have to wait for the plane, the train, or the ship. So, it would be nice to have small businesses in the limelight.”

Will there still be bargains to be had this holiday season, or is that impossible given the cost pressures?

“Yes, but I don’t think they will be as deep as they have been in the past, and again that’s a personal opinion. I don’t think they will be as deep because retailers won’t have goods to unload. In the past, it was like, ‘Oh my goodness, I’ve got to get rid of this because it will be the end of the season and I can’t sit with that inventory.’ Now, it’s more like, ‘Oh my goodness, I don’t have the inventory. Now what am I going to do? I’ll have to work out something else or figure out how else I can get something to meet customer demand.’

“Of course, there will always be deals because every retailer wants you to go to their business first and spend your money there so that when you run out, they’ve already got their cash in the bank.”

Protect your small business from these top 10 scams