This year’s Super Bowl is likely to have a very somber tone, and not just because the Green Bay Packers once again failed to qualify after reaching the NFC Championship Game. And not because this pandemic lingers on like a bad dream, and not because there will be relatively few fans in the stands, and not because Tom Brady refuses to go away and let another quarterback hoist the Lombardi Trophy.

No, the main contributor to this somber tone is that a key element that made Super Bowl Sunday what it is — all those clever, talked-about commercials — could take a hiatus. With a prime 30-second spot going for about $5.5 million, some advertisers are reluctant to fork over all that money at a time when the nation is suffering through a pandemic. Long-standing sponsors such as Budweiser, which has created some of the most memorable Super Bowl ads — Wassup! — are among the big corporate players that have said they are not advertising during the big game.

So, perhaps we should forget about seeing something akin to Larry Bird and Michael Jordan playing a high-level game of horse for a Big Mac, or Betty White making us snicker during a spot for Snickers’ “You’re Not You When You’re Hungry” campaign, or anything else the creative class has in mind, which has actually been the pattern during recent Super Bowl broadcasts. Steve Noll, a Madison College marketing instructor, has a few ideas about the anticipated change in tone for this year’s Super Bowl ads and what it says about the state of the economy and the national psyche.

We understand that the stated reason for the reluctance of some long-standing Super Bowl advertisers is pandemic related — i.e., it’s unseemly to be shelling out the going rate of $5.5 million for a 30-second spot when the nation is suffering — but is that the REAL reason? 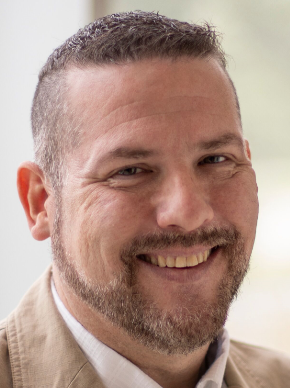 “There are a lot of people, and actually I’m one of them, who find that Super Bowl commercials are vastly not worth it. They are seen as vanity actions.” — Steve Noll, Madison College

“Well, yes and no. That is definitely a factor. For example, Pepsi has said they are cutting back as part of that, but they are also advertising their other products like Mountain Dew, so even though you may not see the Pepsi name like you usually do, these companies are still spending money. There are a lot of people, and actually I’m one of them, who find that Super Bowl commercials are vastly not worth it. They are seen as vanity actions. So, I think that’s what companies really want to make sure they’re avoiding, is this appearance of vanity when not only individual people are suffering, but certainly there are companies like Coke and Pepsi that are down because a lot of their sales come out of things like restaurants and movie theaters and bars. So, yes, they might be up in the grocery store, but they are down in a lot of other areas.

“The other thing I thought was interesting, there is a lot of press about Budweiser sitting out the game, and that’s not actually accurate. Budweiser said it was going to spend that $5 million, just instead of running commercials, they are going to donate that money to help fight COVID. So, that’s great, that’s wonderful, and Budweiser probably got more than $5 million in exposure by doing it that way. At the end of the day, it’s all about exposure, and it could be a paid advertisement, or it could be a lot of media coverage. Budweiser really got a lot of media coverage when it announced this, and for them, that was probably wise. It’s a win-win because they are giving money to charity to help COVID and they are getting a lot of press.

“Interestingly enough, Anheuser-Busch, the parent company of Budweiser, is still spending a lot of money in the game. They are just spending it on some of their other brands. So, the press said Budweiser is not going to be in the Super Bowl, but that’s only half true.”

Super Bowl ads have lacked a certain creative spark in recent years. Fewer people are commenting on the more humorous or outrageous ones because there haven’t been too many. If you’ll pardon the phrasing of this question, wassup with that?

“Yes, and that’s a thing. You have to remember, the Super Bowl is still, even though the ratings have been trending down over the past few years, it’s still the highest-viewed program of the year. Usually, 100 million people in America watch the Super Bowl. That’s a lot of people. As a result, companies tend to play it a little safe in terms of creativity. That’s one of the reasons why I don’t believe Super Bowl commercials are really worth it because yes, once in a while you really get something interesting. The Volkswagen ‘use the force’ ad with the little kid dressed as Darth Vader, that was a great commercial. But how often do you really get that type of creativity with a Super Bowl ad? It’s few and far between.

“With so many people watching it, and especially going back to the whole Janet Jackson halftime scandal, a lot of companies tend to play it safe. This year, I think it’s going to be double safe because a lot of people don’t necessarily want to be challenged right now with something unique and creative. There’s a thing in advertising called comfort food ads. People just want familiarity. They want something they don’t have to think about. They don’t want to learn or hear about new ideas or concepts. They just want to be reassured that everything can be the same. In addition to Super Bowl commercials being watered down in the past few years and getting less interesting, it’s the general psyche of the nation. The last year has just been unprecedented. I hate to say the word unprecedented because it’s used so much but people really want comfort food advertising. They don’t want creativity. They want to see stuff they have seen before, jokes that they have heard before, celebrities they know. They are going to be looking for comfort food.

“That’s what I’ve been reading about with the [Super Bowl] advertisements, and that’s what the ads are going to deliver. So, in one way, yes, it will be interesting to see the COVID Super Bowl commercials, but one year from now or two years from now, I don’t think there is going to be anything to remember.”

Of course, just because some of the big players aren’t playing, or not playing to the extent they usually do, or they are playing in different ways and emphasizing different brands, should we expect nothing but dull commercials? Sometimes, a company wants to introduce itself to a nationwide audience and tries to stand out. What’s the likelihood of that?

“Well, I don’t think anyone is going to run the risk. You run the risk of really coming across as tone deaf. That’s a big concern with a lot of big advertisers because you’re already spending a lot of money in the Super Bowl, so you’ve got a spotlight on your company already. Do you really want to run that extra risk of coming across as trying to take advantage of this scenario?

“Creatively, we are going to see a lot of references — not to COVID. I’d really be surprised if we really hear any actual references to it, but we’re going to be seeing a lot of things reinforcing staying at home, social distancing, taking care of each other, and being healthy. We’re going to see more messages that might even be a little more — not subliminal — but that’s going to be more of the subtext of a lot of the commercials. Hey, this is the year to just kind of take it easy and pull back for a little bit.

“I’ve even read that filming some of the commercials has been difficult. I think we’re going to see more computer-generated stuff because it doesn’t involve actors. I’ve been reading that they are spending more money on special effects where they could film actors separately and then composite them into the same scene. So, it looks like they are in the same scene, but they actually were filmed separately.

“I’ve heard husband-and-wife actors are getting cast in commercials as husband and wife, and that’s something that never really was a thing before. They were always cast individually and now we’re seeing that hey, it’s a two-for-one deal. We can get a husband and wife in our commercial, and they already live together. So, there are just so many unique, interesting, different things about this year, but what it really comes down to is using advertising as a marketing tool to sell product. I don’t think we’re going to see any big breakouts.”

Any other observations about the nature of this year’s ads?

“It’s definitely going to be different. Obviously, Budweiser not having their flagship brand, that’s going to be talked about. Another big advertiser in the Super Bowl were movie studios. Marvel has been dropping a big budget action movie in February or March for the past couple of years. Captain Marvel, Black Panther — they all came out in the first quarter and they had Super Bowl ads to promote them. Plus, they also would start promoting the summer blockbusters, and none of that is going to be in the Super Bowl. So, you’re definitely going to see some things missing but at the same point, too, all these campaigns are generally tied to the year ahead. People don’t just buy one ad in the Super Bowl and nothing else.

“That $5.5 million price that gets thrown around, that’s on the assumption that the company is buying one commercial on the network and no other commercials, and they want that commercial to air in the first quarter of the game. That’s what costs $5.5 million.”