Take Five: Restaurants still up against it

In Jason Westhoff’s words, staying open during the pandemic is not cheap. From labor and food costs to added personal protective equipment costs, restaurants are dishing out thousands to stay in business while they deal with restrictive public health orders and lingering consumer reluctance.

In this Take Five interview, we spoke with Westhoff, president of Cousin’s Subs, about operating restaurants in this environment and what the future holds after a National Restaurant Association survey found that 33% of Wisconsin restaurants are unlikely to be in business six months from now if pandemic restrictions continue. Here are excerpts from our talk.

Before joining Cousin’s Subs, you were the chief financial officer for a franchise partner of Applebee’s and Pizza Hut — a large, multiunit franchise partner. The public has a general idea about the situation dining establishments are in, but how would you characterize what restaurants in general are going through right now? 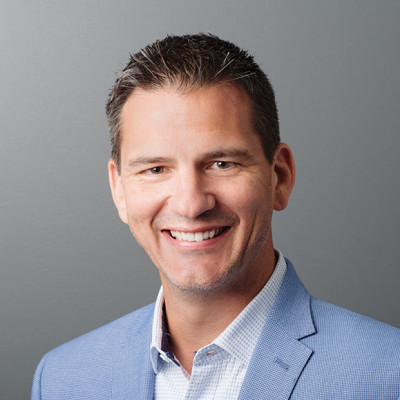 How should restaurants approach the holidays if current restrictive public orders remain in effect? Can options such as catering and gift cards pick up the slack or will operators have to lower their expectations, given the restrictions on sit-down dining?

“Milwaukee, Madison, and Wisconsin, and certainly Chicago down in Illinois, they’ve had plans for how they are going to roll this out. It’s been painful, but it’s also a necessary step for consumer confidence on the other side of it. I know that specifically in Milwaukee, they’ve put a mandate in place, and you had to put together a safety plan by Sept. 15 and have that approved in order to move to maximum capacity.

“As we head into the holidays, are gift cards and catering going to pick up? They are going to pick up some, but the catering piece is not going to be anywhere near where it has been in the past simply because large-group gatherings are not happening. Then, in a number of the metropolitan areas, certainly office spaces are not being filled until sometime early in the next year. So, catering is going to continue to see a hit there. You might have more frequency of orders, but the orders will be for lesser amounts.

“Gift cards are a really great idea. I’ve even talked about it in industries outside of this one. I love music. I love sporting events. I love theater and so, for me, it’s do I go buy gift cards from these venues to make sure they still have cash flow to stay afloat? There are a lot of different consumers who are starting to understand that push to make sure they are still supporting the venues that are not really providing any benefit to them right now so that they can still be around in the future.”

Are those gift cards going to have to be offered for an extended period because we don’t know when restaurants will fully open?

“Yeah, it’s one of those deals where if a restaurant is offering them, but they maybe have suspended services right now, you might be just buying some time with them. Some of the restaurant groups around here, even some of the more prominent ones that I’m aware of, have opened some restaurants but not all restaurants. So, as you’re buying the gift cards, I would recommend asking what the plan is for the specific restaurant and whether the gift card can be applied to any other restaurant in their group, if they own more than one.”

Without a relaxing of COVID-related public orders or perhaps another round of Paycheck Protection Program funding, which Washington is still dickering over, what’s the outlook for restaurants in general, no matter what type of establishment they happen to be?

“The outlook right now is far better than it was in March. As consumers and restaurateurs and their employees go through the evolution of COVID and what a pandemic is like, people are getting a little more comfortable with the uncertainties, and because they are getting more comfortable with the uncertainties, and with changes occurring frequently, they seem to be nimbler. As a result, we’re in a better place than we were coming into this in March, but as diners in the Midwest have to move indoors, could certain restaurants be susceptible to decreases in traffic? Yes, I totally believe that to be true because there is still a segment of the population that, even with the safeguards in place, are not comfortable with those safeguards in public places.”

What will the breakthrough be? Will it be the passage of time? A vaccine? What will break the ice?

“Yeah, a little bit of everything. There is a group that is certainly waiting for the vaccine, although a number of the people who have been polled on whether they will take the vaccine early is not that overwhelming. There are a number of people who will just want to see greater numbers reported and understand the fact that as we move through this, and as we move toward the spring, maybe there is new hope. The earliest indications I heard sometime in mid-March was that this could potentially be an 18-month deal as it moves between the Northern and Southern hemispheres of the world. The longer it draws out, the more people treat this as the current new normal, and they are just going to adapt to it and probably consumer trends will change a little bit.

“You’ve got so many different factors that impact what’s going on right now with consumer spending. We’ve got a lot of things in front of us, and I’m not really sure the tailwinds are going to be in our favor in all cases.”

One possible antidote to all this, of course, is sound planning and daily cash flow monitoring/reconciliation, which are important for any kind of restaurant operation, but it’s easier for fast-food restaurants and franchises to do that because of their daily volume than it is for an upscale, sit-down restaurant.

“Yeah, for sure. I’ve been in the restaurant industry long enough to know that there are ebbs and flows, whether it’s from the economy or whether it’s from consumer demand or whatever it might be. Making sure that you’ve always got a safeguard of cash flow on hand is a necessity in the business. Most of the best restaurateurs will tell you that. Do I think it’s going to be a little more difficult for certain restaurants? I do. Cash flow is also predicated on sales and given the fact that our sales have somewhat returned to normal compared to what they had been historically, we’re on the fortunate side of the equation.

“Others are relying on their PPP money to carry them through, which is what the PPP was put in place for. Hopefully, a second round of stimulus is made available for those restaurateurs to carry them through. Part of what makes us great in the United States is freedom of choice, and when 20% of our restaurants are being eliminated through this [pandemic] process, it really reduces the number of options for us.”

You’ve also noted the importance of devising a business plan that takes into consideration variable assumptions, which can change based on company vision and can be retrospectively challenged and refined based on business performance. How feasible is it for restaurants to plan for a pandemic-like event that’s much more disruptive than most?

“Our planning, we do it by store, by week. So, let’s say we’ve got 100 stores and then we’ve got 52 weeks in the year. We’ve got 5,200 different periods and we’re forecasting what our sales are going to be for each one of those weeks for each store. From that standpoint, when we put that sales forecast together, the sales forecast dictates where all of your other costs for your business are. Obviously, sales have costs that are tied to them such as labor and food costs, but then you have your fixed costs like your rents and for the most part utilities and then you’ve got some overhead expenses.

“So, with all those things in place, at the end of the day, you’re looking to make a profit if you’re in a for-profit business. If we go through and we stress test on a regular basis, we’re typically stress testing a business to see what it looks like if you’re going to lose 5% of sales. When we went into COVID, and what you’re seeing from a lot of the restaurants in that first month, they were 30% to 40% down right out of the gate. So, if I’m telling you I’m looking at stress testing for 5% over the course of a year, if I’m down 30% for a month, I can absorb that, but I certainly can’t absorb that for a longer period of time. We’re six months into this and we’ve got restaurants that are 30% down. You’re definitely not making money unless you’re in a very high-margin restaurant segment.”

Did the pandemic disrupt or delay any plans you had for new locations?

“Yeah, absolutely, and it’s going to be interesting where real estate ends up. I would say, in general, that for free-standing, drive-thru real estate, or endcap drive-thru real estate, the costs of rents are going to go up on those if you’re looking to get into them because they are the ones that weathered the storms the best. I would say that in-line spaces, basically anything that’s in a strip center, the cost of real estate probably is going to go down a little. So, if you’re in a restauranteur looking to start a new restaurant, you can probably get into an in-line space pretty inexpensively compared to where you were.

“With all that, too, is just the uncertainty of where your capital is coming from. Banks may have said they are open, but their willingness to lend during PPP was not really where it was prior to it, and if you don’t have the capital to borrow, and you don’t necessarily have a bank that’s willing to lend to you at the time, then you have to be more patient with how your development deals are doing. But I would say the biggest opportunities are for restaurateurs who did weather the storm — now that they’ve done it, do they want to do it again? Do they want to stay in it? A lot of them are actually looking to sell their businesses, so there are opportunities on the buy side.”

Hotels gearing up for return of business travel

Partners in a Pandemic

Downtown restaurant to close, be replaced

Exact Sciences buys 2 companies for $2.56B

UW furloughs to affect most employees in 2021