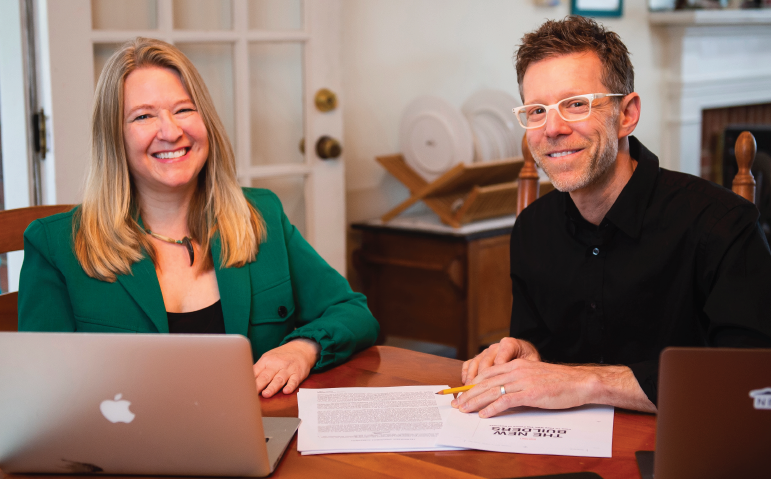 If your image of entrepreneurs is predominantly male and white, a program at the forthcoming Forward Festival 2021, Aug. 12–19, will surprise you. In truth, today’s entrepreneurs are more likely to be female and non-white, and that established trend will be the subject of a virtual Forward Fest session featuring journalist Elizabeth MacBride, founder and editor of The Times of Entrepreneurship, who has co-authored (with friend and fellow panelist Seth Levine) a new book titled New Builders: Face to Face with the True Future of Business. It’s one of the rare books about small business to break into the national conversation, and according to MacBride, some of the research behind it was used to help reshape the Paycheck Protection Program.

But as MacBride notes in this Take Five Interview, while this diversifying trend is encouraging, women and people of color still face barriers as they strive to be part of the next generation of American innovators. These barriers demand attention from policymakers at the local, state, and federal levels. 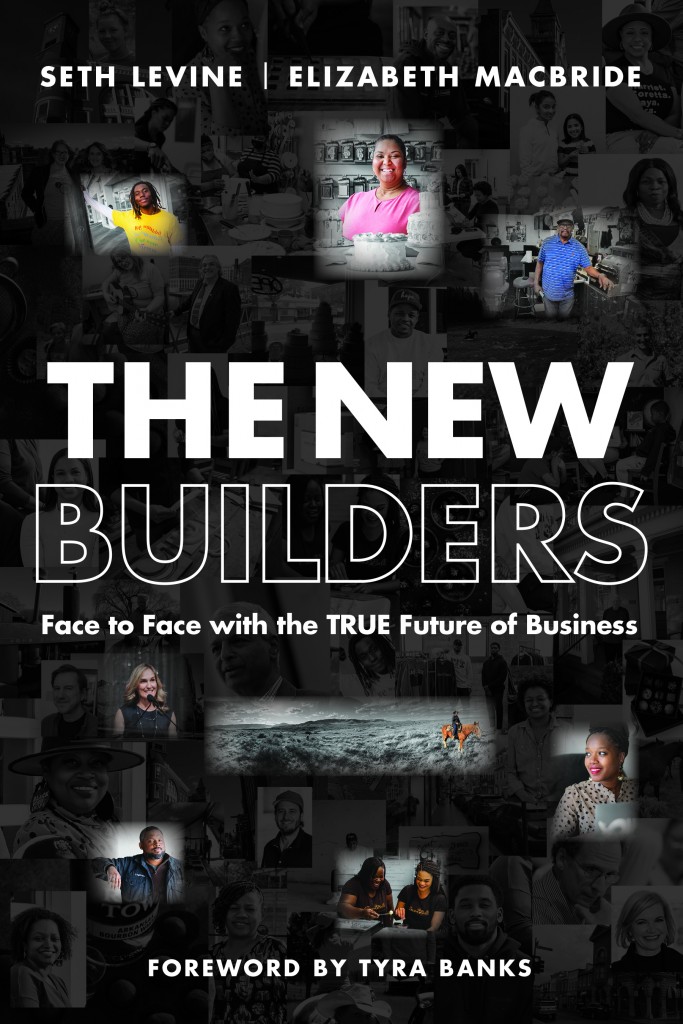 As you and Seth Levine went through the process of writing this book, what were the most important things you discovered about the country’s new, more diverse generation of entrepreneurs?

The most important thing we discovered is how hard of a landscape they face. Entrepreneurship in America has been declining for about 40 years. Not many people realize that. Entrepreneurship — meaning small business startups and the whole universe of people who want to start up and grow businesses — that’s been declining for 40 years, and there’s a whole bunch of reasons for that. It was well known among academics and certain think tanks, but a lot of people don’t realize how hard it is for small businesses today because of the way Silicon Valley has taken over the narrative of entrepreneurship. People think that because that one tiny slice of the world is doing so well — tech entrepreneurs — that we’re not paying attention to what’s happening to small businesses.

I take it that it’s particularly problematic for minorities and women who want to be entrepreneurs.

Yeah, but it’s hard for anybody starting a small business today. Our regulations, the [competitive] environment, has swung to favor big business, and then for women and people of color, who now are most of the business owners in the U.S., it’s an even harder landscape because everything they do is harder. They get approved for loans less. They face issues around systemic racism or systemic sexism, so the barriers are much higher for them.

Since you mentioned the regulatory climate, do you think President Biden’s executive order on competitiveness could lead to a fairer shake for everybody?

I hope so, yes. I do think that if you look at the history of antitrust law, we’re in an era where the antitrust enforcement and the ideas behind antitrust are at a low point. So, it’s time for a pendulum swing back the other way. The breadth of the order suggests that he’s really trying to reset the economy.

What gave you the idea to write the book? Was it something you were observing through your work with The Times of Entrepreneurship?

It was a couple of things. Yes, I’ve been a business journalist for more than 20 years and lately I’ve been focusing more on entrepreneurs. From that whole breadth of experience, there was just a world that wasn’t getting captured from most of the big media. So, the Wall Street Journal and TechCrunch and those people only focus on this narrow slice of the world, and I started out as a local reporter for a paper in Lancaster, Pennsylvania. When I compare the businesses that I knew about through my daily life and through the reporting I was doing to what I was seeing in the big national media, I just thought there was a whole world they are missing. What is going on in that world? When I started to investigate this, and coincidentally I was talking to Seth about the same time because we’re friends, that’s when we came up with the idea of writing a book. So, we went into it in a very open-minded way. We just thought, ‘Let’s see what’s out there in this world of entrepreneurship that nobody else seems to know or care about.’

Are the two next-generation entrepreneurs, the “new builders” who we’re told will appear with you at Forward Fest — Gerald Meggett (founder of CircleIn) and Felicity Conrad (CEO and co-founder of Paladin) — the perfect illustration of what you’re talking about?

Yes, they are a perfect illustration of it because the fundamental root of the problem that faces today’s new builders is racism and sexism. The structure of today’s economy favors people who already have power and money and those people in almost all cases are white men. In the U.S., in every sphere that I’ve covered, and I’ve covered so many different areas, it always comes back to that fundamental structure of the economy.

In terms of an economic ecosystem, if you had the ear of public officials, what would you advise them to do to support this diverse generation of entrepreneurs?

We outline some things in the book, and some of them are probably a little surprising. One of them is to improve the social safety net. The lack of health care insurance — good health care, a national health care program, or state health care programs, or some solution — holds so many people back from starting businesses. We’re seeing that in terms of a surge of business starts from people using their stimulus money to launch enterprises, which gives you an indication that if we had a more supportive unemployment system, if we had that health care, if we had ways for people to keep their daily lives going, to keep a roof over their heads, many more of them would start small businesses.

Speaking of health care, I wonder if the public option that has regained some traction would be helpful there? The government would get into the insurance businesses and presumably provide a more affordable option for people to secure medical insurance.

Everything has its upside and downside. It’s also possible that government-run health care would have some downsides. I understand why some people are afraid of it, but when it comes to small businesses, there is no question it would help improve the competitiveness of our economy.

Perhaps you can find some niches in the population such as entrepreneurs and perhaps couples who are getting close to retirement where the wife is 65 and eligible for Medicare, but the husband is 63 and must shop in the private market because her employer has sponsored the family’s medical insurance. There are all kinds of niches you could make it available to.

That’s an interesting point because one of the fastest growing groups of entrepreneurs is older people. Older people are starting businesses at much faster rates than younger people. So, yes, if you did tweaks like that at the Medicare end of the system, if you expanded that coverage a little bit, I bet you would see a lot of interesting people enabled to start businesses, and that would be cool.

I interrupted you while you were making a point about what elected officials could do to improve the entrepreneurial ecosystem.

One of the key conclusions of the book is that entrepreneurs need a better system of capital. Only about 1% of startups take venture capital funding. People have the illusion that that’s the vast majority or at least a big minority of founders, and it’s not at all. It’s only 1%, but only about 17% get any kind of funding at all. Eighty-three percent of people try and launch businesses with only their own money or maybe a home-equity loan or their savings or their stimulus checks, so most people are launching a business on a shoestring. So, if the government stepped in and was smart about rebuilding our community banking system or finding a replacement for it, that would be important because the other thing is that the number of banks in the U.S. has fallen since the mid 1990s from 14,000 to only 5,000. Most of that decline is in community banks.

What other point do you think is important to mention, something we haven’t asked about?

The reason that community banks are so important is that small businesses and startups and founders of all kinds need a very distinct combination of financial capital and what I’ll call social capital. And the social capital is a combination of education, emotional support, and a network of people, an introduction to a network of people, and that is so integral. Community banks used to do that well and help people, mostly white people, white men, but they did it well, and still in Silicon Valley, that’s done very well. Venture capital is essentially a combination of giving people money, giving founders big sums of money, and combining it with introductions to a network. So, that’s important for people to understand if you want to renew entrepreneurship, and that realization goes counter to one of the central myths, which is about bootstrapping. That’s really a myth and we write about that a good bit in the book.

Celebrating the contributions of Hispanics

Got your vaccine? Prove it

6 ways to make the most of Small Business Week