Another idea born in a UW–Madison computer lab has become a reality in the marketplace with the introduction of a high-performance computer chip called Mozart, and the concept behind it could serve an astronomical market.

Computer scientist Karu Sankaralingam, who conceived the idea for this chip 10 years ago, founded SimpleMachines Inc. in 2017 to help develop his vision, but even with offices in Madison, San Jose, California, and India, the company has been operating in stealth mode. That ended last week with its product launch for Mozart, and if things go as planned, the company soon will appear on more business radar screens.

Those screens will begin with data centers looking to streamline operations, use less energy, and save costs, and any entity involved with machine-learning. The value proposition of the Mozart chip is it that takes existing data processing and artificial intelligence applications and runs them faster and in a way that consumes less power than existing solutions. The first-of-its-kind chip could disrupt AI space by running multiple workloads simultaneously, and according to its makers, it does so faster than any chip on the market. 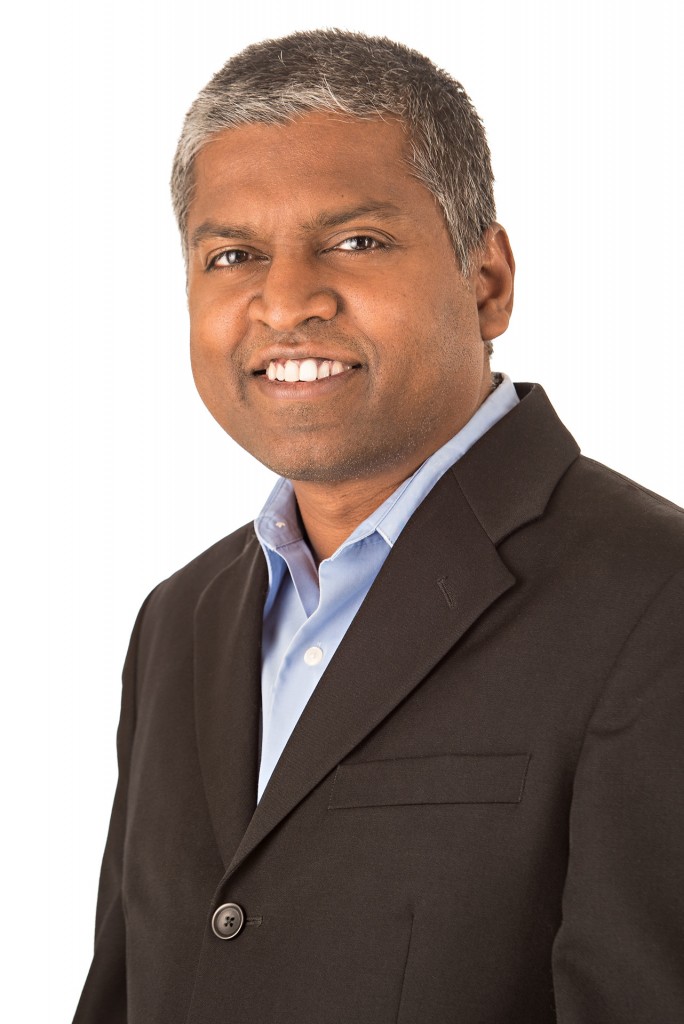 In addition, many of the things being done with data processing are being done with algorithms that are changing extremely fast, and this chip is designed to stay on top of every one of those changes. “Every four to six months, there is a completely new way of doing things,” Sankaralingam explains. “We have a chip that can run these new things even though when we make the chip, we have no clue what those are going to be. Those two things combined make it a very, very disruptive product and very transformative.”

There are other applications for the highly programmable chip, including drug discovery and financial services, and subsequent generations of the chip could be used in drones and mobile devices and in areas such as image detection, natural language processing, and network security. Many new computer processing chips have been designed for single workloads like image processing, and since Mozart can adapt on the fly, it can accelerate a variety of workloads across a diverse range of industries and applications.

“The chip’s design can support very large models today and is capable of running up to 64 different models simultaneously,” notes Greg Wright, chief architect for SimpleMachines. “Our next-generation, seven-nanometer design is expected to be ready to sample by the end of 2021 and will be 20 times faster on a diverse set of workloads than current chips.”

Data centers and AI are being pursued first because the potential market for this first chip ranges from $10 billion to $30 billion, depending on which segment you count. By making the chip smaller and designing it to use even less power, it might go all the way to serving a $100 billion market, Sankaralingam notes.

Regardless of the industry market, the basic value proposition is to save energy and cost. “That’s really the technical problem that we’ve solved,” Sankaralingam explains. “We’ve basically come up with a way to build a chip that’s based on the application that’s running on it, and that ends up becoming very, very efficient for doing just that one task. And then, when we change the task, it reconfigures itself and reprograms itself and it starts looking like a very, very efficient solution for this new task.”

Wisconsin financiers
While much of the product testing takes place in San Jose, the chips are manufactured on an advanced manufacturing node at Taiwan Semiconductor Manufacturing Corp. In Madison, the company operates from University Research Park, and much of its funding — it has raised about $26 million in venture funding, with a third round of in the works — has come from the Wisconsin Alumni Research Foundation, UW–Madison’s licensing arm, and from Wisconsin angel investors BrightStar Wisconsin and Wisconsin Investment Partners. WARF licenses seven of the company’s 17 issued patents, and three other patent applications are before the U.S. Patent and Trademark Office.

“We think we are cutting edge, coming up with a new way to think about chip organization,” Sankaralingam says. “I don’t see anybody else on the horizon thinking about the problem the way we are thinking about it.”

In addition to Chief Architect Greg Wright, Sankaralingam’s colleagues at SimpleMachines include engineering Vice Presidents Poly Palamuttam and Jitu Khare, and lead engineers Vinay Gangadhar and Preyas Shah, who have been with the company since its founding and were graduate students before joining the chip maker. Palamuttam, Khare, and Wright are no strangers to august technology corporations. “Prior to coming here, Poly and Jitu were leading server design at Qualcomm, and they saw this opportunity as very, very attractive, and they came onboard to design our product,” Sankaralingam says. “Greg was leading processor design at Qualcomm’s research division. So, that’s really the main core team now.”

SimpleMachines is in discussions with two large design partners that also are potential customers, and both are Fortune 500 firms. “I’m not calling them customers until somebody pays me money to buy my product,” Sankaralingam states. “These are design partners that eventually will become customers. They are very, very interested in our technology, and they have been working with us on evaluation, even before the silicon is available, so I’m very confident that they will become customers.”