Woman-founded businesses received just 2.8% of venture capital dollars in 2019, according to data collected by the Seattle-based Pitchbook, and female founders of color received just 0.32%. With funding support of Black female entrepreneurs identified as one of the glaring weak spots in the American economy, along comes IFundWomen of Color, a platform for them to raise capital and gain access to mentoring support as they work to jump-start and grow their businesses.

IFundWomen of Color was formed as an arm of the more established IFundWomen. Prior to the pandemic, Black-women-owned businesses were growing at unprecedented rates, according to last year’s State of Women-Owned Business report, commissioned by American Express. The report says Black women entrepreneurs founded an average of 763 new businesses every day before the pandemic, making them the fastest growing entrepreneur group in the U.S. The new platform, established just two months before the COVID-19 pandemic struck, has its work cut out for it because research out of Stanford University suggests that businesses founded by women of color have been disproportionately affected by the pandemic.

The cohort of Black women entrepreneurs includes many types of innovative, early-stage businesses in industries such as fashion and beauty, food and beverage, fitness and wellness, finance, home goods and apparel, and technology. However, they and other female entrepreneurs still do not have equal access to capital resources, which is why UW–Madison graduate Karen Cahn founded IFundWomen, a funding marketplace launched in 2016 with the mission of closing the funding gap for women entrepreneurs.

Under her direction, IFundWomen is partnering with other corporate giants. One Wisconsin business, the Milwaukee-based VIBEZ Creative Arts Space, a place for the community to engage in art through different mediums, was among the 100 women-owned businesses selected by American Express for its 100 for 100 campaign that supports Black female entrepreneurs. American Express created the program in partnership with IFundWomen of Color, and each business received $25,000. 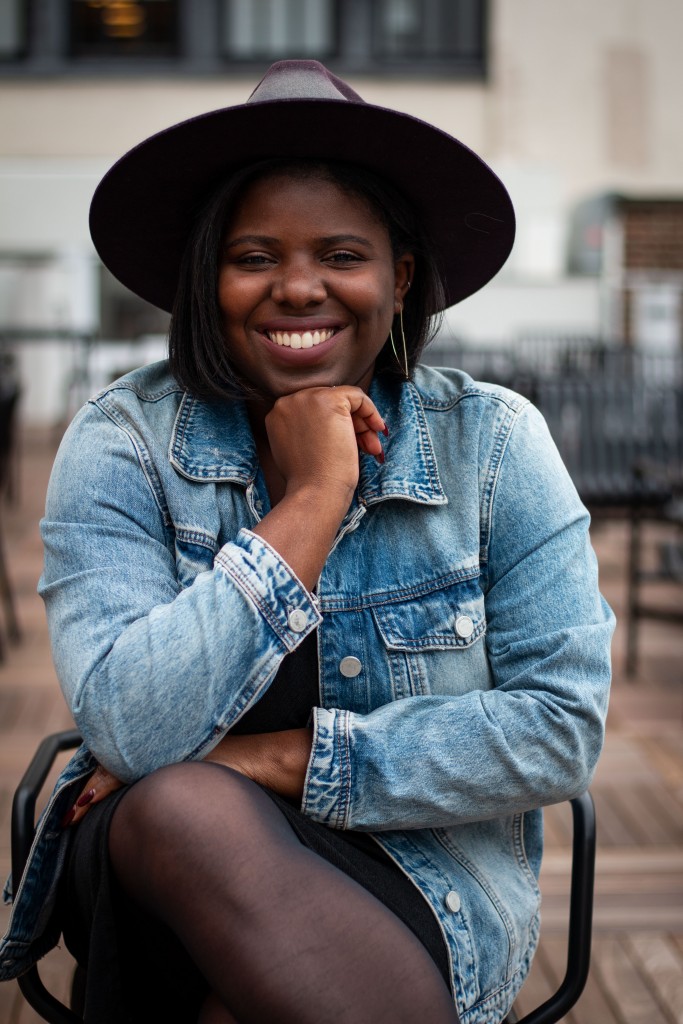 The woman in charge of IFundWomen of Color is Olivia Owens, who serves as its general manager. Owens notes that as of September 2020, the majority of IFundWomen’s entrepreneur members are people of color, with Black women being the most represented group at over 50%. “And yet, we all know the sobering stats by now. Women of color entrepreneurs receive less than 1% of venture capital funding,” Owens says. “IFundWomen of Color is the go-to funding platform and community for women-of-color entrepreneurs.”

The platform officially launched in January 2020 on a stage at New York City’s Women’s March. Since then, it has received thousands of applications and has had entrepreneurs apply from almost every U.S. state. Despite the pandemic, it has built a community of women who are building platforms to decrease the number of students with undiagnosed learning disorders, taking a one-size-does-not-fit-all approach to hair care tools, and reimagining the products we use to sanitize and clean our homes.

Milwaukee’s VIBEZ Creative Arts Space, located in the Sherman Phoenix business hub, is a creative outlet for young professionals to explore art through workshops, paint and sips, poetry, and open studio time. Founded in 2019 by Chrishella Roché, the business was established to bridge art, healing, and community, but the pandemic challenged its communal intent from the start. 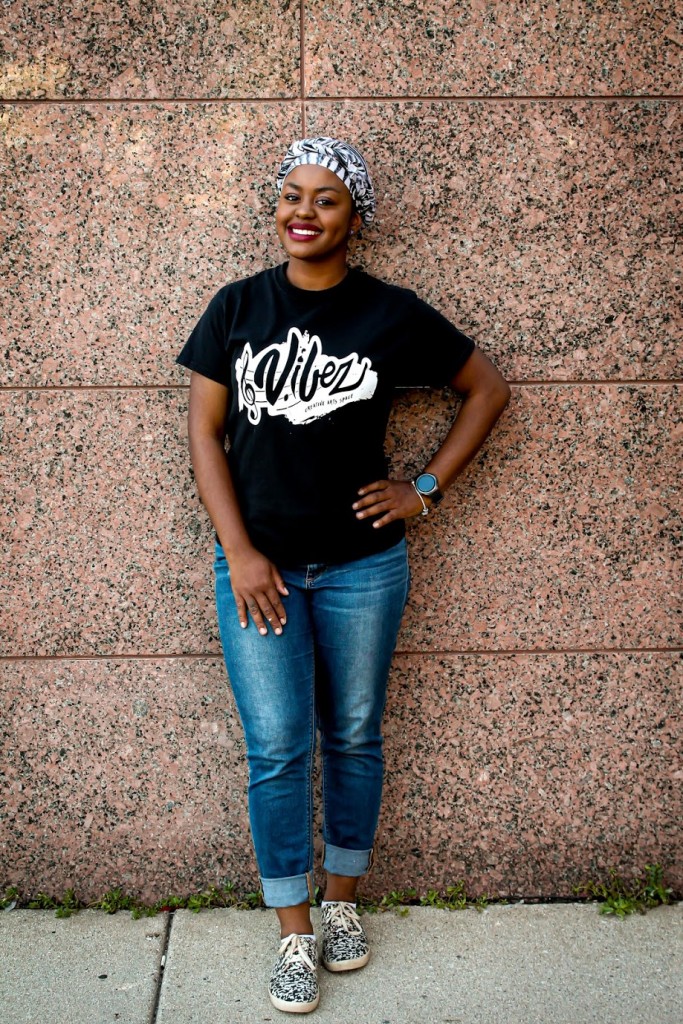 “Since the onset of the pandemic, we’ve had to completely flip our structure,” notes Roché, owner and creative lead for VIBEZ. “We’ve switched from in-person to mostly online virtual events. Switching to online events was and is something completely new for us. We also added services like delivery, paint-at-home kits, and craft DIY kits.”

Fortunately, American Express isn’t the only corporate entity that has made a contribution. As a founding partner of IFundWomen of Color, Unilever’s Caress brand was able to quickly support 200 women-of-color-owned small businesses with grants for COVID relief just as the pandemic hit. VIBEZ Creative Arts Space was one of the recipients.

When it came to startup capital, Roché also did some crowdfunding through Indiegogo and received a KIVA loan through the Wisconsin Women’s Business Initiative Corp. to help fund her vision, and she completed the RISE program through the African American Chamber of Commerce of Wisconsin. “Both are really great resources,” Roché states.

Funding is only part of the value of IFundWomen of Color. Business mentoring also is part of the deal, and funding recipients can tap into the program again if they need another round of funding. “IFundWomen constantly has grants available,” Roché notes. “Just because you receive one grant does not mean you are disqualified from receiving another grant or other resources. Through IFundWomen, you also have access to business coaching as well as investor coaching (how to crowdfund coaching).”

IFundWomen provides access to capital in the form of rewards-based crowdfunding, grants, and coaching on how to raise a seed round. Anyone can come to IFundWomen to crowdfund or apply to grants. There is no fee for either service. In addition, IFundWomen of Color applications are being accepted on a rolling basis, and the platform encourages any diverse entrepreneur looking for funding opportunities, plus a community of entrepreneurs and coaches who look like them, to apply.

IFundWomen of Color members get unlimited access to semiprivate workshops and classes and guidance through the IFundWomen Crowdfunding eCourse and Toolkit. Workshops are taught both by IFundWomen startup coaches, who are full-time and salaried employees and whose expertise ranges from marketing to engineering, and topic area experts from outside the organization. According to Owens, the coaches really know how to develop their business mentees on the fine art of business finance. “IFundWomen members who leverage our one-on-one entrepreneur coaching raise 27 times the amount of capital in comparison to those who do it alone,” she states.

Combing through
Another business that has received funding is the Miami-based Kazmaleje (pronounced Cosmology). LaToya Stirrup co-founded the hair tool brand for people with curls, and the funding support has been a godsend during the pandemic.

Stirrup and her sisters, LaTrice and LaTasha Stirrup, launched the business in 2019 with the conviction that their company was providing an essential product because more Black women were embracing their natural curls and not visiting salons. The company’s detangling combs and picks have a chance to gain market traction, not only in the U.S. but internationally as well.

For Kazmaleje, already a strong ecommerce player, the pandemic has helped as well as hindered. While it has a brick-and-mortar store, it also sells direct to consumer through its website, it sells through other online marketplaces that carry its hair tools, and it has retail partners — QVC and HSN — that it wholesales through. During the early weeks of the pandemic, the brand filled a need for people sheltering at home who suddenly were unable to book appointments at hair salons or shop at beauty supply stores, so that was a benefit.

But while Kazmaleje provided a hair-maintenance solution for the homebound, the flip side was that its supply chain was impacted. There were delays in shipments, causing Stirrup and her sisters to sell out of products more often than they cared to, and that gap made it more difficult to fulfill orders while also experiencing an increase in orders. The logistics issue may be solved by bringing the manufacturing, now done in China, home to the U.S.

Kazmaleje has weathered the past year with the help of a $25,000 award from American Express and IFundWomen of Color. The money has been used for inventory as well as product development as the company wants to expand its hair-tool offerings. Initially, Kazmaleje was self-funded for early-stage tasks such as product design and development and brand development. In June 2018, it began a crowdfunding campaign through IFundWomen, just prior to its manufacturing launch to test the market and secure initial presales.

“That was extremely helpful because it allowed us to test the waters and see what people thought about whether there was a need for what we were doing,” Stirrup notes, “and then we did receive some angel investing through a bridge loan, as well as help from friends and family.”

Stirrup adds that the full value of IFundWomen of Color is in funding, mentoring, access to information, and other support. In addition, she notes the relationship with IFundWomen of Color is a gift that can keep on giving because recipients can tap into the program for additional rounds of funding. It continuously presents grant applications or other funding opportunities on its web platform. “They have been super supportive of us and it’s great because oftentimes, when you think about the crowdfunding platform, sometimes it’s very transactional, right? You just sort of set up your campaign, you launch it, and then you’re done. But this has been an ongoing relationship.”

Chasing ambitions
The $1 million commitment from Unilever’s Caress brand that came during the IFundWomen of Color COVID-19 Relief Program was leveraged for a total of $5 million in funding because entrepreneurs often will crowdfund and receive grants above and beyond the initial grant they receive. “Women of color are starting innovative businesses every day in this country, and with an early boost from crowdfunding and corporate grants, it’s one plus one equals three or maybe four or five,” Owens says. “Of the over 1,700 members in IFundWomen of Color, 30% were able to receive monetary grants in 2020. We’re hoping to see that number continue to grow as we evolve the platform.”

Stirrup agrees the lack of access to startup capital has been deflating for Black women entrepreneurs, but awareness of a program like IFundWomen of Color could inspire more to chase their entrepreneurial ambitions. “We’ve seen a lot of interest in programs launched this year that target Black female entrepreneurs — people of color — who are in business, and it’s exciting because this has been a longstanding issue,” Stirrup states. “IFundWomen has been in this space for a while, so they are very much on the leading edge of being a source for that funding. So, the more people that know about it, the better.”