How does the science go? Something about for every action there is an opposite but equal reaction?

That popping sound you just heard was Mary Burke’s exploratory campaign balloon. New economic numbers are in for Wisconsin, and they are very good — which is very bad for Ms. Burke and the Democrats.

Earlier this month, I wrote that Wisconsin’s economic miracle had begun and asked, “Did anybody notice?” The June unemployment numbers had just come out, showing Wisconsin had racked up the biggest monthly jobs gain in 21 years, that our unemployment rate of 6.8% was well below the nation’s 7.8%, that we recorded the second-highest job growth rate of the 50 states.

Other shoes are now dropping. Now it transpires that Wisconsin will have the second-strongest economic growth in the nation over the next six months. All credit to Mike Ivey of The Capital Times, long one of the more honest scribblers in town, who reports:

Those banking on Wisconsin’s economy tanking in hopes it might cost Gov. Scott Walker his re-election are not going to like the latest numbers from the Philly Fed. A new report from the Federal Reserve Bank of Philadelphia is predicting Wisconsin’s economy will grow 3.14 percent on an annualized basis over the next six months, second best among all states. — “New report shows Wisconsin economy strengthening.”

Liberals who chanted a few months ago that Wisconsin ranked a dismal 49th in the Philadelphia Federal Reserve bank’s monthly long-term economic outlook will now put down their songbooks. In that July 19 blog, I explained why Wisconsin’s economy has been slow to take off.

Employers were carefully watching the sturm und drang of the recall movement and the subsequent (by only a few months) November election before they could conclude that Wisconsin is, indeed, open for business. They were waiting for the return of iron mining in Iron County, the tax cuts, and other measures opposed by the socialists. Hiring decisions are more deliberate than turning on a light switch. 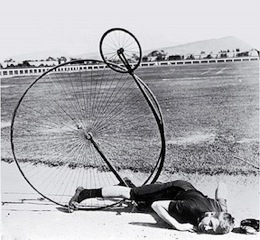 Mary Burke was the Democratic Party’s great white hope against Scott Walker. A member of the family that owns Trek Bicycle Corp., she could self-fund, to a probably limited degree. (She does not have the Mayor Bloomberg kind of fortune.) She could claim some business acumen, both through Trek and her stint as secretary of commerce, albeit the latter was in the job-losing Jim Doyle regime. Her one elective position is as a member of the Madison Public School Board — not exactly a launching pad for statewide office.

Okay, those are some bona fides. Add gender and she could make the case that she would be the first female governor in Wisconsin history. Does anyone really care? Tammy Baldwin has already broken the big gender barrier by becoming our first female U.S. senator. She and I are polar political opposites, but she is always friendly. In our few encounters, Mary Burke, on the other hand, has made Jim Doyle look like a baby-kissing happy warrior. I know I am something of a bête noire to the left, but see Tammy Baldwin, above.

I suggest Mike Tate take out a help wanted ad in the State Journal and on Craigslist. The Dems couldn’t recall Scott Walker. They couldn’t indict him. They couldn’t make him flinch during the Siege of the Capitol. Now they will be unable to impugn his job numbers. The Dems’ best hope is that Scott Walker does not seek re-election in 2014. There is no chance of that.