Wisconsin leads the country in the production of traditional Thanksgiving fare such as cheese, green beans, and cranberries, according to a new report from Chefspencil.com. Other producers of key provisions for the holiday include: 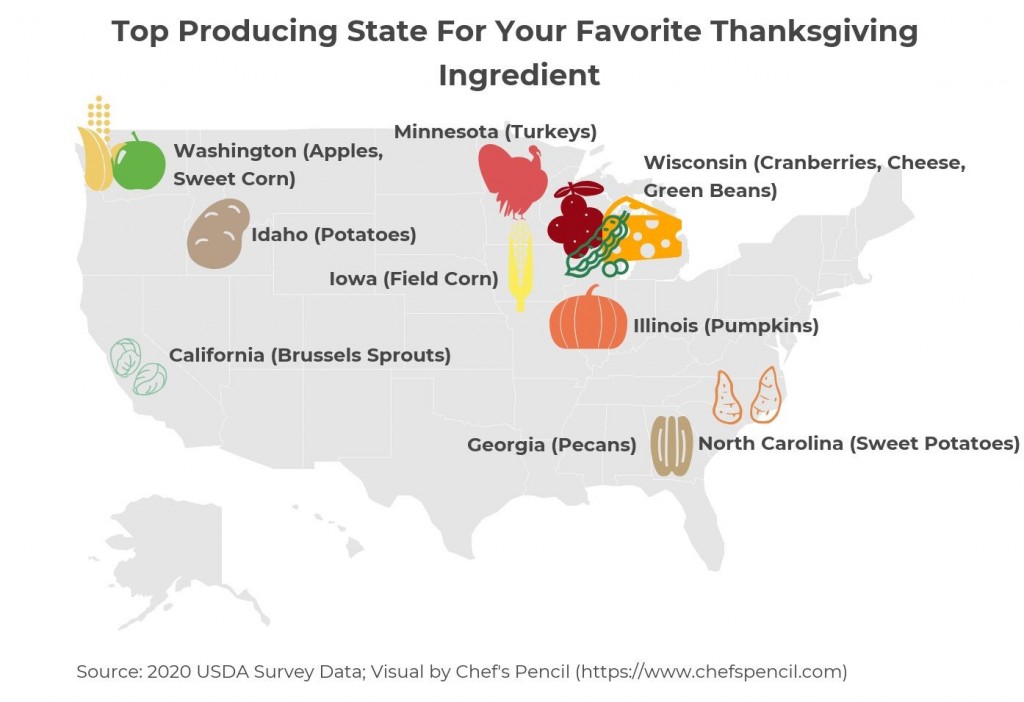