Why am I in the ‘Most Improved’ challenge? Because I’m not a ‘Fittest Exec’ 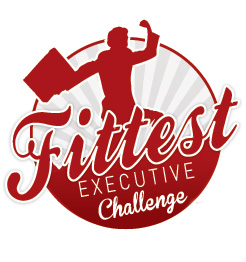 Nearly 30 top-level professionals are competing in the second annual Fittest Executive Challenge, presented by In Business magazine. Who will earn the healthiest marks? Find out at the In Business Expo & Conference on Oct. 23.

This week, IB’s own representative in the challenge, Jan Wilson, recounts her experiences thus far.

When my former publisher, Jody Glynn Patrick, asked if I’d be interested in being IB’s participant in the Most Improved category for the Fittest Executive challenge, I jumped at the chance. (I also noted that Jody knew me well enough to know I would not be a candidate for Fittest Exec.) I’d done virtually nothing to get my body moving over the past several years, and this would be an opportunity to change things and then write about the experience.

Along with the rest of the Fittest Exec participants, I was being offered three free sessions with a personal trainer, a free three-month membership to Pinnacle Health Club, and most importantly, the opportunity to get off my ever widening be-hind to do something constructive. “Sure!” I responded enthusiastically.

Things started out well. I scheduled my initial medical assessment appointment with the folks at Meriter Wisconsin Heart and was highly impressed by the medical professionals there. In many ways, the appointment was more thorough than any physical I’d ever had. Soon, I’d know just how in shape I truly was.

First up: Weight. I stepped on the scale and watched the LED numbers climb.

Unfortunately, I’d left my steel-toed work boots at home that day, so that couldn’t be my excuse. Lisa Sanborn, who conducted the test, said she’d remove a full pound to “allow for clothing.” That was the best news of the morning.

Next, my finger was pricked to instantly check glucose levels, triglycerides, and cholesterol. Thankfully, I passed with flying colors. “Okay! I’m on a roll,” I thought. Something was going right!

Then came the skin-fold test. Nothing can be as humiliating, I thought, as I lifted my shirt. Even the name conjures up visions of the movie The Blob. This is where truth meets fiction. With a set of pincers, they bunched up skin on the back of my arms, my abdomen, and thigh — you know, the places on women where the Jameson presses and ice cream are directly stored. It’s all to measure a person’s body mass index, or BMI.

I was “slightly above normal,” they told me, though they don’t tell you what “slightly” means. BMI — my opinion only — is kind of a silly measure. My 55-year-old husband, for example, weighs just 10 pounds over his high school weight. He’s thin and in shape. Recently, the results of his BMI test determined he was “borderline obese.” Seriously? Now it’s on his health record. I wonder how his physician could even deliver the news without laughing.

I performed several strength and flexibility tests with varying results before they hooked me up to EKG leads that would monitor my heart and blood pressure. Now I was ready for the treadmill.

This part was of particular interest to me. First, as I mentioned earlier, I’d pretty much become a manatee (I call it “Janatee”) over the past three years. Second, in 2004, I underwent open-heart surgery to repair my mitral valve. By not exercising much (shame on me), I hadn’t been exactly treating my heart with care, but over the winter I had begun periodically jumping on a treadmill and elliptical at home, so I approached this treadmill will little consternation.

“I always walk on the treadmill with the incline set at four,” I announced proudly as I stepped on.

The incline they set was more than a four.

The belt started very slowly, and for the next 10 minutes or so, the speed increased incrementally.

Throughout the test, I was asked repeatedly how I would rate my comfort level using a scaled response depicted on a poster in front of me. My choices ranged from easy (number 1) to very, very difficult (number 20). I started off with a six.

Nine minutes later, I was at number 17, panting. My lungs were burning. “Please stop!” my mind was screaming. It was, I can only imagine, like childbirth without the child. I wanted to scream much nastier things.

Okay. I did have limitations.

“Can you go for 20 more seconds?” they asked. Surely, they were kidding. “NO!” I begged, and they began lowering the speed while I caught my breath.

The results of the test, I was told, would be evaluated by a Meriter cardiologist and mailed to me. That alone was worth the price of admission.

In the end, I was in surprisingly good health for a 53-year-old.

But now came the hard part — the regimen, and that’s a story for another day.

Jan Wilson is the departments editor for In Business magazine and has written for the publication for seven years.