In the midst of a pandemic, the inability for many workers to take paid time off to care for themselves or sick loved ones is creating a workforce dilemma.

Taking time off work to have a child or to care for yourself or a sick loved one is a benefit we often take for granted. Prior to when the Family and Medical Leave Act (FMLA) was enacted in 1993, there was no guarantee that you’d still have a job waiting for you when you were ready to come back.

However, guaranteeing leave and actually paying employees while they’re away remains no sure thing for many workers. During normal times, this can be a challenge. During a pandemic, it can be outright disastrous for workers struggling to make ends meet and recover from an illness or care for sick family members.

A new analysis of demographic data in Wisconsin released by the National Partnership for Women & Families demonstrates the problems that can arise from not having a national paid family and medical leave plan.

The new Wisconsin analysis sheds light on the gaps in access to paid family and medical leave:

According to the National Partnership for Women & Families, paid leave is good for the economy, despite the hurdles to getting there. A national paid leave plan would reduce the number of working families in Wisconsin facing significant economic insecurity when they need to take family and medical leave by 81%.

Further, paid leave is good for public health. More than 562,000 Wisconsinites contracted COVID-19 in the first year of the pandemic. Moreover, an estimated 10–15% — 56,200 to 84,200 — will experience long-term symptoms including difficulty breathing, chest pain, or fatigue that may require care from a loved one or interfere with work. Paid leave allows people to take time off work to care for themselves and their family members during the pandemic and beyond.

“Even as COVID-19 cases continue to surge, millions of Americans across the country risk missing a paycheck if they need to take time off work to care for themselves or a loved one,” says Debra L. Ness, president of the National Partnership for Women & Families. “The pandemic has exacerbated the inequities across our economy that disproportionately impact women and people of color, who are least likely to have access to paid family and medical leave. As Americans continue to struggle with the impact of the pandemic, Congress must prioritize enacting emergency paid family and medical leave in the short term, as a down payment for a national program in the future.”

The state-by-state analysis comes after the emergency paid leave provisions that were enacted as part of the Families First Coronavirus Response Act (FFCRA) and amended by the Coronavirus Aid, Relief and Economic Security (CARES) Act expired at the end of last year.

Still, providing paid leave to employees is not so cut and dry, even if it seems like it’d be the right thing to do for all the right reasons. 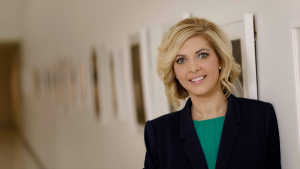 Ashlie B. Johnson, PHR, owner of Brooke Human Resource Solutions in Madison, believes the major roadblock to any new state or federal paid leave law is financial, with business continuity coming in at a close second.

“One of the main reasons our current unpaid FMLA does not apply to businesses with less than 50 employees largely has to do with the impact that requirement would potentially have on a small business,” says Johnson. Most of her clients are small businesses and when they only have a few employees, having a key player absent for 12 weeks can have an extremely negative effect on their ability to keep service or production levels up. Even for larger employers who may not face the same business continuity issues, the financial expenses still could be challenging.

“When you consider that leave being paid, the financial implications are even greater,” notes Johnson. “With that being said, I will say that nearly all of my small business clients, who are not required by law, do still offer some sort of unpaid leave plan to guarantee an employee won’t lose their job if they have a life event that keeps them out of work for a period of time.

“Many companies are starting to offer paid leave programs as a budgeted part of their overall benefits package,” Johnson continues. “The decision to implement these types of plans is generally dictated by the culture that the company wants to create as well as being a tool for recruitment and retention.”

Before FMLA, women routinely lost their jobs when they took four weeks or more off to have a child and workers who had an injury or illness could be terminated at the whim of the employer. In an effort to protect the jobs of these workers, FMLA was enacted to assure the employee that he or she could take the needed time, and when they do return they will have a job with comparable pay and benefits.

“Although this doesn’t stack up to the paid leave options some other countries have adopted, it was considered a milestone when it was passed in 1993,” Johnson states. “There are a number of reasons that the United States remains the one of the only countries without paid family medical leave at the national level. One of the most common explanations is that business interests generally oppose these government mandates because they fear the loss of profits and lowered ability to compete. Because business is a powerful lobbying group in the United States, its interests are often protected by legislators. I think that partisan politics has also led to the inability to get a reasonable paid leave policy enacted.”

According to the most recent information she was able to find when researching this, Johnson notes there are over 500,000 workers in Wisconsin employed by companies with less than 20 employees. Some other factors that impact this number are limited eligibility due to work hours and tenure at the job. Employees who don’t stay in any position for a very long often never gain access to FMLA even when the employer is large enough to offer it.

“I’m not sure that it’s a sign that our labor system is necessarily broken,” says Johnson. “It does, however, show us that we have more work to do. Some states have taken up the challenge and passed legislation that allows workers to earn paid family medical leave. For example, California, New Jersey, and Rhode Island all have paid protections in place. Enacting this at a national level while understanding and mitigating the impact it will have on business is the next challenge we must face.”

Latest hiring trend might be making recruitment even harder