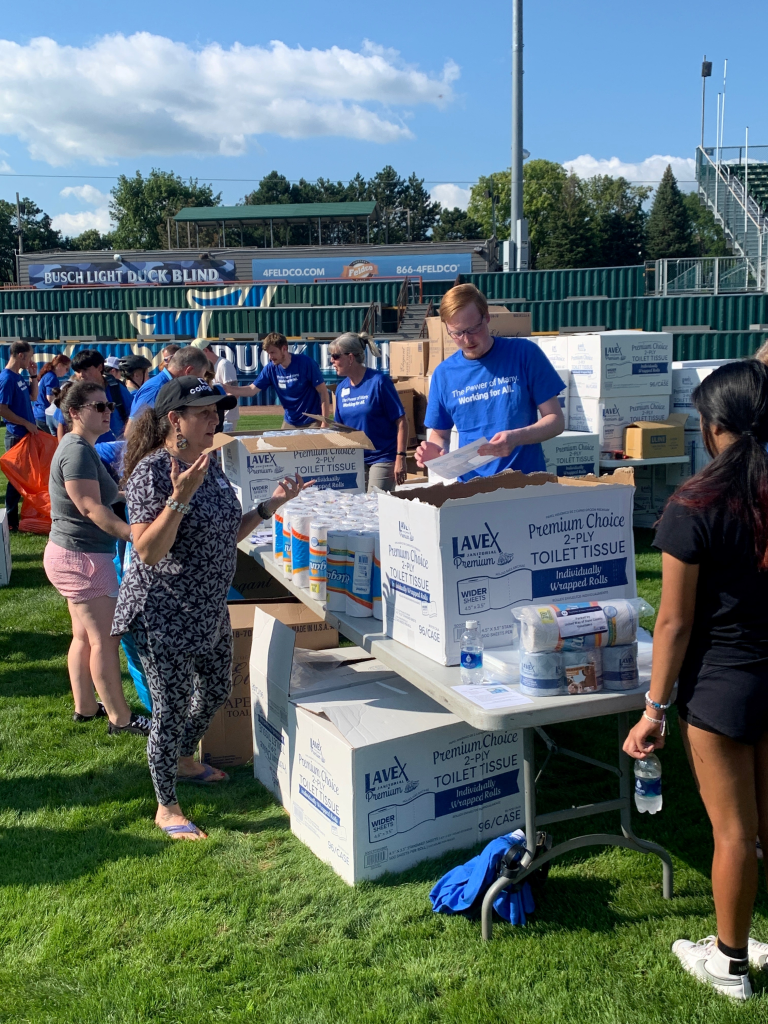 If the United Way’s Community Kickoff didn’t convince you the organization’s annual fundraising campaign is underway, perhaps a recent CEO visit served as a reminder, but those aren’t the only plans for year one of what it hopes will be another 100 years of service.

Having met its $18.1 million fundraising goal for last year’s centennial campaign, the organization has upped the ante to $18.4 million this year. Jeff Keebler, president and CEO of Madison Gas and Electric and 2022 Campaign Chair, calls this an aggressive yet achievable goal.

To glean more about the UWDC’s plans, we recently spoke to Keebler and to Renee Moe, president and CEO of United Way of Dane County, and Karen Burch, vice president of community engagement and marketing for UWDC. During the course of our conversation, Moe learned of a $200,000 campaign gift from Sub-Zero, so the fundraising process is well underway.

Those funds will be used for a variety of social service purposes but given the importance of strong family units at every socioeconomic level, there will be a special emphasis family well-being. With last year’s campaign, UWDC was able to support 112 local programs and 52 local agencies in addition to the 850 nonprofits that were supported through donor choice.

“We want to help to make sure that people understand that when families are stable, our schools are stronger, our neighborhoods are stronger, and our community thrives,” Moe says. “So, we’re trying to help remind people that all the work we do with education, financial stability, health — coordinated in a 2Gen way — is about leveraging what more than one entity can do alone.”

The term “2Gen” refers to the United Way’s coordinated, multigenerational work to build family well-being by intentionally and simultaneously working with children under five and the adults in their lives because while adults and children have different needs, they’re interdependent. Through the multigenerational lens, the organization works with nonprofit partners to identify historical and structural barriers that undermine a family’s overall well-being. For example, if parents know their child is in a safe, high-quality learning environment, they can focus their energy on obtaining jobs that pay a family-sustaining wage rather than worrying about child care.

Whether it’s workforce development though its HIRE Initiative, or tutoring support via Schools of Hope, or health care services such as its Connect Rx pilot, UWDC is trying to create a stronger nonprofit ecosystem in which there is no wrong door for people to open. Community needs often are identified through its 211 information referral database and by networking families in the highest poverty zip codes into support services.

“One of the things we’re all focusing on when it comes to those services is being the hub of the community where people come for information,” Burch says.

While there are various programs to encourage donations, including Lead United for those giving $1,000 or more (with a matching component), and a Tocqueville Society donor piece for those who can afford to give $10,000 or more, Keebler emphasizes that the campaign is not all about money, but it actually has three objectives, including engagement and mobilization through volunteering. “Money is important, and we need money to support the programming in the Dane County area,” he states, “but we also want people to advocate for us, and that’s not just sharing on social media. That’s getting involved in some of the events that we have, so there’s a relatively low burden of entrance for that.”

Volunteer opportunities are a special focus because the organization knows that some have a greater desire or ability to volunteer their time rather than give their dollars. “We can bring more to Dane County through United Way if everyone is involved,” he states. 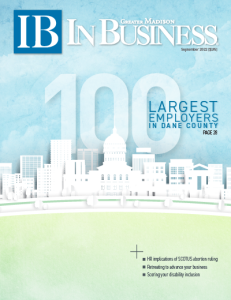