Blaska’s Bring It! is void where prohibited by law.

How would Tom Barrett have erased the $3.6 billion budget deficit in Wisconsin? That's the question Mike Gousha asked on his TV show Up Front.

Ann comments: “The question was how would you deal with the deficit, and Barrett goes right toward ideas about spending more! He's muttering out this list of things and Gousha jumps in with: ‘So you want to restore all that?’ Barrett – whose face remains impassive – says: ‘Well, it's not going to be restored overnight …’”

Ann continues: “So, he plans to erase the deficit by setting priorities, and his ‘priority’ is restoring ‘all the cuts’!” 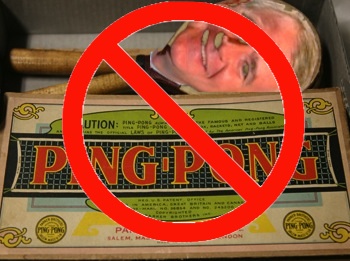 “If we win, the lieutenant governor wins, if the senators win – I’ve got to believe that effectively puts an end to recalls in this state. If we lose, it becomes recall ping-pong. Back-and-forth and back-and-forth.” – Scott Walker quoted by The Weekly Standard in the upcoming edition.

“We see no reason to remove Walker from office. We recommend him in the June 5 recall election.” – lead editorial in Sunday’s Milwaukee Journal Sentinel. Please, no ping-pong in the Capitol.

“The Milwaukee Journal Sentinel turned a blind eye to Gov. Walker's criminal path to power.” – American-flag burner Graeme Zielinski, in a typically incendiary tweet, quickly moving onto the next lie.

“What if people dressed in gorilla costumes, banging drums and comparing Walker to Hitler don't translate into votes? … Appleton could be the site of an unprecedented public grief counseling session.” – Struggling young writer Christian Schneider (won’t anyone give him a break?) in the Sunday Milwaukee J-S, noting that the Dems are holding their state convention on June 8 – three days after the recall. (Keep the matches away from Zielinski.) 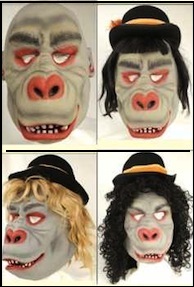 What is as rare as a day in June or a mastodon steak at a Neanderthal picnic? How about Bill Lueders and his cleverly named Wisconsin Center for Investigative Journalism doing a positive story about the governor? (A boy can dream, can’t he?) Bill’s latest exposé in The Capital Times (surprise! surprise!) finds that, “You don’t have to be a campaign donor or corporate executive to get an audience with Wisconsin Gov. Scott Walker. But it doesn’t hurt.”

Should it hurt, Bill?

Gosh, businesspeople like a pro-business governor so they donate to his campaign and he still meets with them? Has the world gone mad?

• I am an equal opportunity basher of head cases like the one who made a bomb threat to the state Democrat(ic) HDQ. That’s what THEY do, not us.

• Speaking of bombing. Be creative! Carpet bomb the Dems with your own taxpayers’ bill for $16 million. Go here, copy the graphic on the bottom of the page (right-click on image if you are a Windows user, <Control><Command> click for Macintosh), and send to MikeT@wisdems.org.

• Multiple choice: If our port side acquaintances come up short on June 5 will they a) litigate the election? b) storm the Capitol? c) march down State Street? d) play ping-pong on each other’s heads like the Nairobi Trio? e) set priorities?