I am not easily outraged.

I’ve been around politics all my life. Grew up in a political family, reported on politics for daily newspapers, ran for office and served in local government myself, worked for and with Gov. Thompson, and campaigned for many other candidates, sometimes as a paid consultant.

I am outraged today.

Like almost everyone in Dane County, we woke up this morning to the news that our county supervisors are rushing to reward the unions that helped get them elected. The Wisconsin State Journal states it well: “Pro-labor Dane County government leaders are scrambling to use Judge Juan Colas' court action striking down Act 10 to extend the lives of its employee unions.”

Read it well: “Extend the lives of its employee unions.” Not “improve services” or “watch out for the taxpayer.” No, they’re scrambling to give away as much budget flexibility as they can to the unionized public employees who contribute money to their campaigns, drop literature, make telephone calls, and put up yard signs.

This is a county board of, by, and for the unionized public employee. It can ban elephants from the circus but it can’t safeguard our neighborhoods or hold down our taxes.

"We have a window here, and we're going to take advantage of it," said County Board Chairman Scott McDonell.

He’s talking about the ruling by liberal Dane County Judge Juan Colas on Friday that suspended Act 10, the State of Wisconsin’s curbs on public sector union collective bargaining. McDonell and his liberal majority want to extend binding union contracts until the year 2015! They have to act fast because the attorney general has appealed for a stay of the ruling pending appeals and (it says here) it’s likely overturning.

Thanks to Scott McDonell’s County Board, Dane County is already the highest-taxed county in Wisconsin. We’re about to get squeezed even harder. All so the Democrats/Prog Danes can reward their paymasters, the public employee unions.

Not so in the rest of Wisconsin. Even Milwaukee Mayor Tom Barrett used Gov. Walker’s budget tools. As a result, property taxes increased statewide by the smallest margin in 15 years, barely increasing by 0.2%. But Dane County residents had the highest property tax bill in that state, thanks to a 4.5% increase, according to the Wisconsin Taxpayers Alliance.

Across all of Wisconsin, levies grew by 0.2% because of limits on property taxes imposed at the state level. This year's increase was the smallest since 1997 – property taxes had increased by an average of 5% each year from 2000 to 2011. Seventeen of Wisconsin's 72 counties reduced property tax levies. 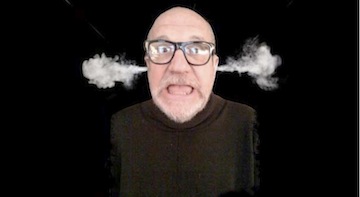 Register your disgust tonight at 7 p.m.

I served on the Dane County Board for 12 years. I have not returned since I left the board in 2006. Turn the page, and all that. I intend to give these tax-gouging weasels a good tongue-lashing at tonight’s meeting. It starts at 7 p.m. Sign the form indicating that you want to speak and hand it to the clerk at the front of the room, Room 201 in the City County Building at 210 Martin Luther King Drive in downtown Madison. You get five minutes. Let ’em have it.

We’re not the only ones who woke up to the news. Many County Board members were completely unaware, especially the dwindling number of conservatives remaining on the board.

We taxpayers should remember this day. Unfortunately, the next county board election won’t be held until April 2014. In the meantime, Wisconsin state lawmakers will cut Dane County no slack.

“Eventually, the house of cards will collapse in Dane County with significant costs,” predicts State Rep. Steve Nass, R-Whitewater, a leader in the State Assembly. “In the next budget, I will fight any effort to send more state money to this county.”

Nass said that officials from Dane County and the city of Madison “are constantly demanding more funds through various state programs. These officials constantly work to increase government costs by implementing extremely liberal local policies, and then come to the Capitol demanding that taxpayers from around Wisconsin foot the bill.”

One hand washes the other

My old colleague, Sup. Dave Wiganowski, was on the money when he said the new contracts are repayment to the unions for their support of liberal candidates. Let’s call the roll, shall we:

Carl Chenoweth of Stoughton is an interesting example. He got on the board this spring with the help of $200 from AFSCME (American Federation of State, County, and Municipal Employees), $200 from Operating Engineers Local 139, $250 from the sheetmetal workers, and $200 from the WI Laborers Union. Inexplicably, the Madison Firefighters Union, a steady presence at the Siege of the Capitol, invested $250 in Chenoweth’s campaign.

The new District 35 supervisor also received $200 from Chairman McDonell’s personal committee and another $73 from McDonell’s “Citizens for Dane County’s Future.” In fact, a great many of the liberal supervisors were bestowed with McDonell money. I suspect the money is not coming out of Scott McDonell’s pants pockets, but I haven’t had time to untangle the laundry for those funds. A great many liberals, those facing challengers, also received money from the Democratic Party of Dane County.

For the record, the county board is supposedly non-partisan. I have omitted the McDonell pass-through contributions and the Dem Party funding for the following supervisors (listed alphabetically). Keep in mind that not all supervisors had challengers in the last election, but these did.

I may have missed a few; I didn’t have much time. See the campaign finance statements for yourself. Then, see you at the County Board meeting tonight at 7 p.m.! Bring your horns and signs and outrage. They loved it at the Siege of the Capitol. A little hair of the dog that bit them should be in order.