They had the courage to combat the socialist rot

Three experiences over the weekend, all displaying much-needed courage.

The first was Saturday’s tea party rally at the Capitol. I’ll go with the police estimates of 2,000 in attendance – not bad considering that the lineup of speakers (except for the Divine Miss Vicki) lacked the high voltage of last year’s lineup, which included the late Andrew Breitbart and Sarah Palin.

Most notably, the radio Slymer – a serial misogynist – once again proved the adage that stupid people do stupid things. The oaf surged into the tea partiers carrying a crude poster in service of his pathetic vendetta against the courageous Miss Vicki (pictured below). Fortunately, the Slymer was followed by a loyal citizen carrying a sign pointing at the intruder. It read “Useful Idiot.”

The public and the private sector unions are on strike, garbage is piling up on the stinking streets. The electricity goes off in the middle of a cabinet meeting, as if Great Britain was some Third World banana republic. All the while the ruling so-called conservative party, of which Thatcher is, at the time, a junior partner, is too timid to confront the rampant socialism that had been rotting Britain’s greatness since World War II.

Then the Iron Lady took over. Oh, how the intelligentsia loathed her. Actively despised her. I’m old enough to remember those days. No calumny was too base. The movie shows the riots in the streets, reminiscent of Greece today – or Madison, for that matter. (The difference being police in Madison 2011 retreated.) The Iron Lady’s byword was “courage!”

On these shores, Ronald Reagan took office two years later, in 1981. (The Slymer used the airwaves to rejoice at the ex-president’s fatal Alzheimer’s disease.) They hate both to this very day because they stood up to the levelers and other anti-democratic bullies. Thatcher and Reagan vetoed the notion of inevitable decline. They rejected the notion that government’s role was to better divide a shrinking pie.

Thatcher’s stand in the Falklands led directly to the downfall of the murderous military junta in Argentina. Reagan and Thatcher, with Lech Walesa and John Paul II, defeated the evil communist empire.

The two English-speaking leaders changed the terms of the debate. Labour’s Tony Blair and the Democrats’ Bill Clinton were vastly different animals than Tony Benn and George McGovern. Yet the Labour Party remains a member of the Socialist International.

As for our own Democrats, they remain infested with “progressives” who are better described as socialists. Which leads to our third display of courage. 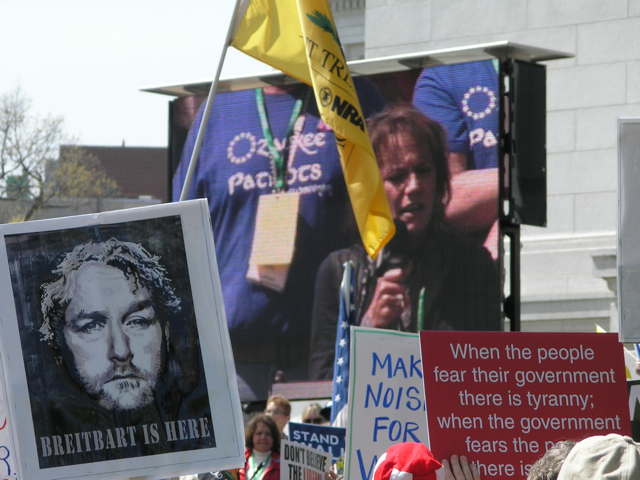 Tammy Baldwin may not be a communist

But she is a socialist. God bless the only Republican member of the Congressional Black Caucus, Rep. Allen West, R-Florida, for clarity of expression.

“In response to a question about Marxists in Congress, I called out the Congressional Progressive Caucus for their extreme left-wing positions. I stand by the point of my comments.

“You can call them whatever you want, but the point is, they oppose free markets and individual economic freedom, they are determined to empower government to redistribute wealth, and they want to see the nation fundamentally transformed.”

The Progressive Caucus is a group that includes avowedly socialist senator Bernie Sanders, a favorite of Comrade John Nichols’, author of the 2011 book The S Word: a short history of an American tradition, socialism. (The socialists love him!)

Indeed, Tammy Baldwin is a vice chairman of the 76-member caucus, which includes Dennis Kucinich, Marcy Kaptur, Sheila Jackson-Lee, Bobby Rush, Rosa DeLauro, and Emanuel Cleaver. (Here’s the entire list.) Here’s one of them, Maxine Waters, promising to socialize the energy companies rather than allowing them to drill. 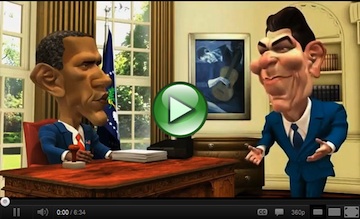 Tax the man behind the tree

And finally, if you need enemies, blame “the rich.” President Obama's “Buffett Rule” is nothing more than a political gimmick. So sayeth The Milwaukee Journal Sentinel:

“The Buffett Rule would raise less than $50 billion over 10 years – a drop in the bucket that would do little to solve the nation's long-term problem with red ink. And targeting taxpayers who make most of their income from investments, as the Buffett Rule appears to do, risks discouraging investment at a time when such money flows are critical to providing capital to growing companies that create jobs.

“On the contrary, the government ought to be encouraging investment: It's how businesses grow and jobs are created. For individuals, investing is the path to economic security. And there is this little matter: The money invested already has been taxed once before at the marginal rates.

“Obama has had several chances to show leadership on the tax issue, and, so far, has failed to do so.”

CNN agrees: Most millionaires already pay higher effective tax rates than just about everyone else.

Hat tip to Lance Burri at the Troglopundit for this:

This appeared in my email inbox last week:

I should tell T-Mobile how to run its business? Who made me the expert? Reply to The Nation and tell them to stop paying Comrade Nichols with surplus Hope and Change T-shirts.