Take Five with Kurt Bauer: Why business optimism is fading 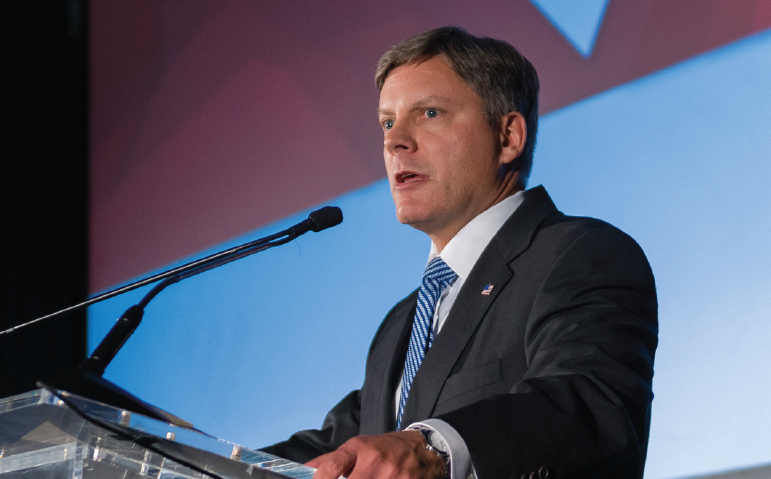 A recent survey of Wisconsin businesses found that economic optimism is waning, as 71% of businesses believe the state’s economy will enter a recession within the next 12 months and four in 10 expect a recession before the end of the year. The Wisconsin Employer Survey: Summer 2022, conducted over the last three weeks of June by Wisconsin Manufacturers & Commerce (WMC), found some encouraging news about their short-term outlook for the state, but notes that state businesses continue to be hit hard by ever-increasing costs and perpetual supply chain challenges, and that clouds their view of the national economy, according to WMC President & CEO Kurt R. Bauer. In this Take Five interview, Bauer explains why Wisconsin employers are increasingly pessimistic about the economy.

If we are indeed headed toward a recession — another quarter of “negative growth” will meet the technical definition — some have already labeled it the “full-employment recession” due to the present dynamics of the American labor force. In your survey, most Wisconsin employers (62%) see an increase or no change (34%) in their workforce over the next six months. Did that surprise you, given all the talk of recession?

“It did not surprise us, given previous survey results and our numerous conversations with our members. We have known for years that labor is the No. 1 economic challenge facing the Wisconsin economy now and likely beyond mid-century, barring some unforeseen and dramatic change in birthrates or in migration and/or immigration patterns.

“Another factor that may keep the unemployment rate low is the fact that many manufacturers, and thus their suppliers, have big backlogs of orders they are attempting to fill. The cause is a combination of the lingering supply change disruption, the broad workforce shortage, and is compounded by transportation issues, including foreign port closures, port and rail backlogs, and a day cab and long-haul trucker shortage.”

How long can that continue, given the Fed’s more aggressive posture on raising interest rates to tame inflation and President Biden’s unwillingness to change course on his energy policies?

“As stated, the biggest long-term economic issue facing Wisconsin — and many other Midwestern states — is workforce. But our survey also shows our members are very concerned about inflation and supply chain issues. Energy is a major driver of inflation.

“The Federal Reserve will have to raise rates in hopes of controlling inflation but raising interest rates doesn’t directly address the root cause of energy inflation, which is the Biden Administration’s anti-fossil fuel policies. As a result, raising rates will be less effective on impacting rising energy costs unless rate hikes significantly slow the economy to the point where the demand for energy drops because of reduced economic activity.

“But if the same anti-fossil fuel policies are left in place, which is almost certainly the case, energy prices with be driven up again when the economy rebounds, which will drive inflation —again. The only solution is to recognize that the transition from carbon-based energy to less reliable, affordable, and storable alternative sources needs to be gradual.”

At first, I was a bit surprised that so many still expected to offer healthy wage increases this year — 46% will increase them by more than 4% — but then I remembered that employees too must keep pace with inflation and their employers will pass the costs to consumers. What did you make about what the survey revealed on wage increases?

“We were not surprised to see wage growth as high as it is. In fact, the survey shows that employers are offering many other benefits, including more vacation time, flexible work hours, remote work options, signing bonuses, and gift cards to attract and retain workers. But the question is: will the wage increases employers are offering to find and keep workers cause a wage price spiral that exacerbates inflationary pressure on the economy?”

The Great Recession of 2008–09 shattered many illusions about Madison being somewhat insulated from economic downturns, and the COVID-19 downturn hurt everyone. What about the next recessionary possibility? Given the unique circumstances of this one, do you have any gauge on how it would affect Madison and Wisconsin?

“Madison’s economy is buoyed by city, county, and state government, as well as the University of Wisconsin–Madison, but there is still a lot of manufacturing in Dane County. Manufacturers are typically slow to enter a recession and slow to rebound. I think we may see that again if there is a downturn. As stated, manufacturers are still struggling to fill orders because of supply chain and transportation disruptions that make sourcing parts and components challenging. Again, this is compounded by a lack of workers that prevents manufacturers from staffing multiple shifts.

“As a result, I think we will see manufacturing activity remain steady through the end of the year. But longer term, high energy costs are as much as a threat to the future of Wisconsin manufacturing as the workforce shortage is. Manufacturing is an incredibly energy intensive industry, and as prices rise, profit margins drop. Simply put, federal energy policy is endangering the U.S. manufacturing sector when we should be using our vast domestic energy resources to re-shore industrial production and jobs. Our global economic rivals and geopolitical adversaries will benefit while the U.S. suffers.”

Other than passing increased costs on to customers (B-to-B or B-to-C), what steps do you expect employers will take to get through this admittedly strange period of economic stagflation (slow growth + high inflation) yet with strong employment? This is the very definition of uncharted territory.

“You really only have three choices when your cost of production rises. You can raise your prices, which is risky if your competitors don’t. You can lower your expenses, but that is tough to do in a meaningful way when your two biggest costs — wages and energy — are spiking. Or you can offshore production to locations where workers are plentiful and energy prices are lower.”

Oscar Apartments open on north side