Buckley Brinkman, executive director and CEO of the Wisconsin Center for Manufacturing & Productivity, is sounding an alarm based on the findings of the organization’s Wisconsin Manufacturing Report. The poll of 400 Wisconsin manufacturers and five follow-up focus groups indicates that small and mid-sized manufacturers must step up their investment in automation in order to remain competitive and survive.

The findings were released this week at three public events on Oct. 4, 5, and 6 at three different sites, and they will eventually be posted on the Wisconsin Center for Manufacturing & Productivity (WCMP) website. The WCMP commissioned this study in collaboration with WMEP Manufacturing Solutions and the University of Wisconsin–Stout Manufacturing Outreach Center (MOC). In this Take Five interview, Brinkman talks about the key takeaways, including what could be an existential threat to small and mid-sized manufacturing firms.

Given the state of the economy, I didn’t see anything unexpected in the survey findings. What stands out to you as the telling metric(s) of this survey? 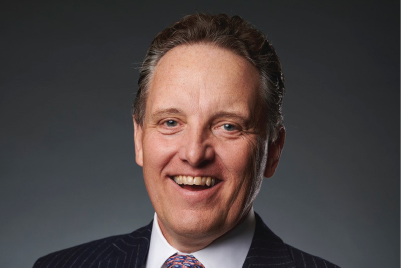 “As has been the case for the past five years, workforce is still the most concerning issue — people having trouble finding and keeping workers and then the cost of keeping them has been increasing all along the way. That has remained a constant. I was surprised that large companies report having more trouble with that than smaller companies, so I think that’s just because of the number of workers they need to find and also, they can’t necessarily be as flexible as a smaller company can.”

You’ve noted there are unexpected results with regard to automation implementation. What was unexpected about that?

“I know it’s [the degree of automation] too low from where it should be. What was really interesting is that workforce is driving a bunch of issues throughout the manufacturing sector. The story we’re going to tell [during the live events from Oct. 4–6] is that large manufacturers are having more trouble finding workers than smaller manufacturers, although both are, but what large manufacturers are doing to offset that is they are making investments in automation. They are making big bets in that area, and so they are going to get bigger productivity improvements, but the other factor coming out of this is their costs are going to improve, their quality is going to improve, and their flexibility is going to improve.

“If you’re a smaller manufacturer supplying to a larger one, you should be worried about this because now they are able to take these parts that they’ve been subcontracting from you and moving them back inside their own plant because it’s the same price and they control the quality and the schedule.”

So, to remedy this, smaller manufacturers must increase their own investments in automation.

What programs, public or private, are available to help them make these investments?

“The big thing is reducing the risk for these small and medium-sized manufacturers, so there are a couple of things. One is, obviously, we think the WMEP [Wisconsin Manufacturing Extension Partnership] is the best resource to identify the right technology and help it get implemented as quickly as possible, especially through the Transformational Productivity Initiative where we really lay out a roadmap for manufacturers on how they can make steady improvements and do it in a lower-risk environment. You have some expertise with you.

“And then the state has invested in an automation grant [the Wisconsin Automation Implementation Grant]. So, if you go through the evaluation, and then have a roadmap, and there is a piece of equipment on that roadmap, the state will underwrite 20% of the cost up to a ceiling of $35,000.”

You noted WMEP’s role above. Other than spreading the word, how does the Wisconsin Center for Manufacturing & Productivity intend to use this data?

“We’re trying to not just dump the data on people but to identify trends that are really going to be important for manufacturers to address, and the state really to incentivize. We’re just not going to find enough workers and the need to automate is going to continue to increase. The other thing in this survey that’s interesting is on the inflation front. One of the pickups that we got on that factor was how many manufacturers are now in an environment of ‘the price will be set at the time of shipment.’ So, it’s a little bit of the Wild West right now. A price quote is just an estimate at this point because the manufacturers are getting the same thing from their suppliers. It’s an interesting time for manufacturing that way.”

Construction firms have had the same issue.

“Right, no doubt, although lumber prices now have come back down to 2020 levels, so we’ll see if that’s a harbinger of things to come.”

What else stood out about the survey findings?

“The other thing is the change in importance of energy costs. People are much more concerned about what energy costs will be this year as opposed to what the study showed last year … I think that’s a much more front-of-mind issue in Northern Wisconsin than it is along the M&M, I-94 corridor between Milwaukee and Madison.”