Walk into the newest Marcus Theatres venue, located in Sun Prairie, and the thing most patrons will be struck by –– and there are many striking things about the state-of-the-art establishment –– is its modern grandiosity.

The aptly named Palace Cinema, located at 2830 Hoepker Road, is much more than just a movie theater. From the soaring ceilings in the lobby and concessions area, to the laid-back luxuriousness of its Take Five Lounge, to the relaxing atmosphere of its 12 auditoriums, the Palace Cinema seeks to be a complete entertainment experience.

“As Marcus Theatres continues to invest in its circuit with new options, comforts, and conveniences for our guests, we are thrilled to introduce our first brand-new facility in eight years,” says Rolando B. Rodriguez, president and chief executive officer of Marcus Theatres. “The Palace Cinema showcases many of the new amenities that help make Marcus Theatres a leader and an innovator, both in the movie exhibition business and the entertainment industry at large.” 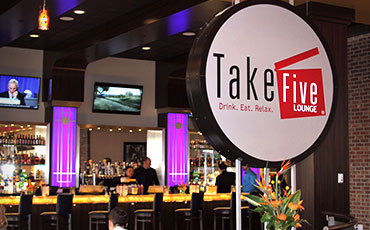 The arrival of the new Palace Cinema also signals the end of the old Eastgate Cinema in Madison, which closed its doors for good April 28. However, about 100 of Eastgate’s employees have transferred to the Palace, says Tom Reichelt, general manager of Marcus Palace Cinema. When fully staffed the Palace will employee between 200 and 250, Reichelt adds, and if demand is high, the facility is designed to add auditoriums to its current 12-screen crop.

The Palace Cinema, located in Sun Prairie’s Prairie Lakes Development, is also expected to be a boon for the city’s economy, says Neil Stechschulte, Sun Prairie’s director of economic development. “The biggest impact that Marcus Theatres’ Palace Cinema has is that it significantly increases Sun Prairie’s draw as a regional destination –– especially for shoppers and visitors from across the Madison region. The addition of this major entertainment venue to Sun Prairie furthers the case of the Prairie Lakes Development as the place to be for both discretionary and non-discretionary shopping.”

According to Stechschulte, the Palace Cinema is an amenity that will enhance the community’s quality of life, and one that will serve residents well beyond city boundaries.

“What started out as probably the most significant grocery shopping area in all of Wisconsin, Sun Prairie’s west side neighborhood area has taken advantage of the increased local and regional traffic and has evolved into a more diversified range of shopping with more specialty types of users,” Stechschulte notes. “We fully expect to see a surge of additional retail and restaurant users in the area for at least the remainder of 2015 and into 2016, users who will want to take advantage of the draw that Marcus and the brand new Cabela’s both bring to the area. 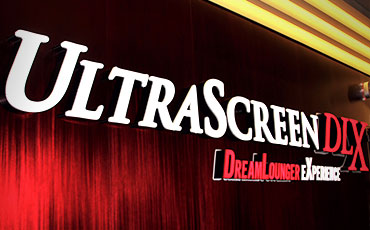 “I think both the city and the developers of Prairie Lakes have an expectation that a potential hotel, along with more unique shopping and dining will be the desired users for the rest of the development.” 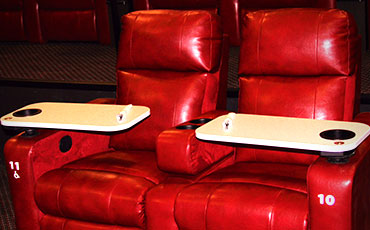 Stechschulte also says smaller businesses in the area will see a benefit from the increased customer traffic. He notes there’s an opportunity for other commercial areas on Main Street and downtown Sun Prairie to market to an entirely new population of customers who wouldn’t necessarily see Sun Prairie as an option for any sort of dining or shopping on its own. For example, Stechschulte says, visitors to the Sun Prairie Ice Arena on the opposite side of the city naturally look for shopping and dining options across the city as they head home. There’s an opportunity to capture some of this traffic, if businesses make the effort to do so.

The addition of the Palace, as well as Cabela’s, has also brought out an increased number of job seekers. Retailers have consistently seen the number of applicants be 4 to 5 times the number of available positions for these new developments, comments Stechschulte. “There obviously is a demand in the local employment market for positions all across the salary and wage ranges being offered. It also sends a clear signal to the market that Sun Prairie continues to be an attractive and reasonable place to do business for those companies who want to be partners in the continued growth of Sun Prairie.”

Stechschulte is aware of at least two businesses that have either relocated to the Sun Prairie Business Park or decided to expand in the community, due in part to the amount of growth and activity in Sun Prairie’s west side. 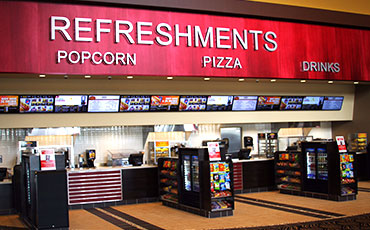 While the theater kicks off its grand opening celebration April 30 with an “Avengers” double feature at 4 p.m., it will feature a full slate of movies beginning May 1.

In a behind-the-scenes sneak-peek April 29, media members were invited inside for a first-hand experience of all the new theater has to offer. Some of the perks the Palace Cinema features include:

How ‘please’ and ‘thank you’ drive your business growth and value