Some gestalt from Tuesday’s opening session.

I’m with Ann of Althouse. Not to worry, Meade. I mean, like her, I watched the Republican National Convention Tuesday night on C-Span rather than one of the filtered outlets.

As Ann says, “I cannot tolerate the channels that have people who talk about what is going on while it's going on. They are obviously not listening, so what are they doing – other than getting in the way?”

Ann was touched, as I was, by Rick Santorum’s “hands touching hands” speech. (Is that a Neil Diamond song?) So it’s not just a woman thing. The former presidential contender was a) the only former Romney rival to get podium time and b) the only one to veer from the evening’s “We built it” theme.

Instead, he shored up the party’s pro-life bona fides – and he was the only one, telling a touching story of his developmentally disabled daughter Bella. “Thank God at least one political party defends life,” got a rousing reaction from the delegates. That is a paraphrase, but it’s pretty close.

The Democrats’ convention in Charlotte, by contrast, promises to celebrate abortion. It will be an overreaction to the Missouri Senate debacle.

Very impressed with Ted Cruz, the Tea Partier from Texas who beat the party establishment Senate candidate endorsed by Rick Perry. He roamed the stage sans podium, giving his talk a dynamic feel, like a prowling tiger. Another second-generation immigrant talking about freedom. There’s no such thing as opportunity without it.

When were nominees’ spouses assigned convention prime time? I don’t remember Nancy Reagan or Barbara Bush addressing delegates. But Libby Dole did so on behalf of husband Bob Dole in 1996. Democrats introduced John Kerry’s wife, Theresa Heinz Kerry, which I remember as painful. Clearly an acquired taste. “African-American” because she was a Portuguese born in the (then) colony Mozambique. 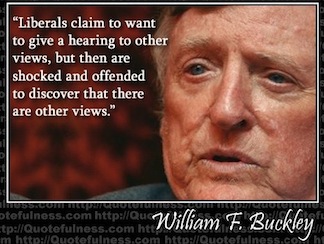 I read that Ann Romney was supposed to humanize Mitt. I never had a problem with that. I got that when the Mittster tried to help out poor Rick Perry during the debates when the Texas governor couldn’t remember all the federal agencies he wanted to abolish. That was grace.

Ann was more tough-minded than doe-eyed, thank God. That’s what it takes to whip five growing boys into shape. She addressed the incumbent’s only real issue in the campaign: Romney’s wealth. How many of you mothers, she asked, tell your kids to “do okay”? No, you wish them success. The Romneys have succeeded and not at anyone else’s expense.

If we can dispel one canard this campaign will have been worth it: success breeds success. One cannot succeed at another’s expense. Capitalism = willing seller, willing buyer. Best product/service/price wins. Subsidizing failure purchases more failure.

Growing the pie instead of squabbling over the crumbs. That’s what “We built it” means. As far as the infrastructure goes, the private sector paid for that, too.

Speaking of women (which we do, from time to time): Republicans have more of them as governors. Four GOP women governors (New Mexico, Arizona, Oklahoma, South Carolina) to two Dems (North Carolina, Washington). Not that I am into identity politics. But someone please tell the Democrats that their “women’s issues” translates as “liberal women’s issues.”

Now I see that aging hippie, McNally, in today’s Capital Times denounces Tommy Thompson for being a millionaire. That’s okay, Joel hated TGT when he wasn’t a millionaire. He can go on hating, it doesn’t make any difference.

The Democrats’ convention next week will be a mirror image of this one in Tampa. The prog-libs will celebrate failure, dependency, mediocrity, the herd mentality.

Speaking of Tampa, its Democratic mayor is all DEFCON-1 on protester hooliganism. “Anarchists,” as he calls them, will be treated with “brutal efficiency.” No Seattle WTO broken windows, no Occupy Oakland fires and port shutdowns, no repeat of the overpass bombings at the 2008 convo in the Twin Cities.

“I shouldn’t have used the word brutal,” Mayor Buckhorn told The Wall Street Journal, “But we are not going to tolerate the types of things I’ve seen in other cities.”

Send Madison’s Segway Jeremy and the Radio Slymer to Tampa! Oh, wait. We’ve got a new chief at the Capitol. About time! If Tea Partiers were guilty of half their shenanigans, our liberal acquaintances would be outraged.

How tightly scripted is the Republican convention? Delegates clearly wanted to give Gov. Walker a nice demonstration when he came to the podium, but this thing is timed more closely than the last two minutes of an NBA playoff game, so Walker forged ahead through the cheering. He’s accustomed to worse from the twice-beaten minority in Wisconsin.

In any event, Walker got his love in announcing Wisconsin’s vote during the nominating roll call. The only delegate spokesman to get ovated (if that is the transitive verb of ovation). (We got Northern Mariana Islands? They’re near the Philippines. Apparently, they’ve got Republicans. Where are the Southern Mariana Islands?)

It was cheap of the convention not to tally votes for Ron Paul and the other also-rans. They won those delegates fair and square; they deserved an accounting. It would have been worth the goodwill.

I’ve got some serious man-love for New Jersey’s Chris Christie. Saw and heard him speak for Scott Walker during the campaign (the first one) in Pewaukee and was blown away. Kept hoping last night the keynoter would get heckled by a teachers union toady. That’s when the Big Man is at his best.

At that 2010 Walker campaign event, certainly a friendly audience, a Republican at the next table yelled “2012,” encouraging the speaker to run for president. Christie ad-libbed, “Don’t make me come over and get all ‘Jersey’ on you.”

That would make for another great theme: courage is on the ballot. Paul Ryan said that of the Walker recall election and it’s true of the New Jersey governor and this year’s Republican ticket. You don’t think it takes courage to reform Medicare and Social Security?

Christie was the only speaker last night who mentioned teachers unions, making the distinction that Republicans love teachers but oppose their unions. That’s something else you’ll see in Charlotte: lots of teachers union heavies who’d rather see public (and unionized) schools fail than alternatives succeed. Their defenders among the Democrats (and that number is dwindling) are the ones who are anti-education.

Well delivered, but not a great speech. Even so, his blessedly plain-spoken message last night was that Romney and Ryan are the adults in the room who respect the American voter enough to level with them. No ghost stories by the campfire, just reality. The speech did soar a little: “The second American Century” is a keeper, in the same league as Reagan’s “morning in America.”

The latter was 1984, but I see parallels with 1980. Thirty-two years ago, a Democrat was finishing his first term in the White House. The economy was fixing to be toe-tagged, but voters remained on the fence until the last week when the floor under little Jimmy Carter gave way and voters realized they couldn’t do any worse with Ronald Reagan.

That will happen this year, too. Already, Obama and Biden seem so past their sell-by dates.