Sticks and Stones … Confessions of a Madison conservative 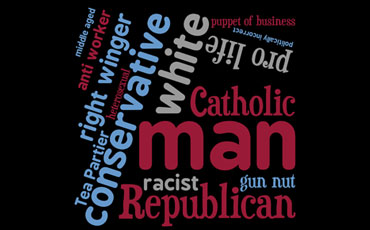 I confess to being politically incorrect. On the long flight across the Atlantic to parley with FDR, their circadian rhythms askew, Winston Churchill’s aides asked, “Is it time for lunch or is it time for high tea?” The prime minister growled, “It’s time for high whiskey!”

And yes, I confess to being a racist if that means holding everyone to the same high standards and not shifting personal responsibility to blame poverty, lack of after-school programs, irregular bus service, NAFTA, or other external forces.

I refuse to yield to those who would short-circuit the conversation by crying racism in a crowded theater.

It’s an old ruse. Al Sharpton has made a good living at it. Jimmy Carter called you a racist for opposing Obamacare.

Remember when a local radio shock jock called Secretary of State Condi Rice an “Aunt Jemima” for serving in a Republican administration? Nothing riles a liberal like a conservative black person.

So call me what you want, just don’t call me late to dinner.

Oscar Apartments open on north side