Sing it, recallers! The thrill is gone

Tuesday’s recall election was a giant repudiation of Big Labor. It was a huge smackdown of the union bosses by a Wisconsin that is 86.5% non-union and tired of all the whining. Gov. Scott Walker was the real winner last night.

The air is out of the recall balloon. The government employee unions’ anointed one, Kathleen Falk, was routed big-time. Their cause? In tatters. Their followers, dazed and dispirited.

Tom Barrett routed The Kathleen 58% to 34% in the Democrats’ gubernatorial primary precisely because he did not sell his soul to the government labor unions. (In Dane County, where people know Falk best, he won 62% to 31%!)

That was expected. Here is the shocker: With no reason for Republicans to vote, Gov. Scott Walker darn near got more votes than the four Democrats combined – 626,538 to 665,436. And how many of his supporters went for Falk in a mischief vote is an open question. What’s more, the Democrats managed to attract only two-thirds as many votes as the 900,000 who signed the recall petitions. Why did almost 300,000 people stay home?

The TV news may not have carried the entirety of his victory speech from Milwaukee, but I did not hear Barrett harmonizing with the Solidarity Singers. The collective bargaining privileges (they are not rights) of government employees is, in the scheme of things, an exceedingly small issue – certainly not worth holding the state of Wisconsin hostage over.

Repeat after me: Government workers in Wisconsin continue to be paid well and have fabulous benefits and civil service-protected job security. 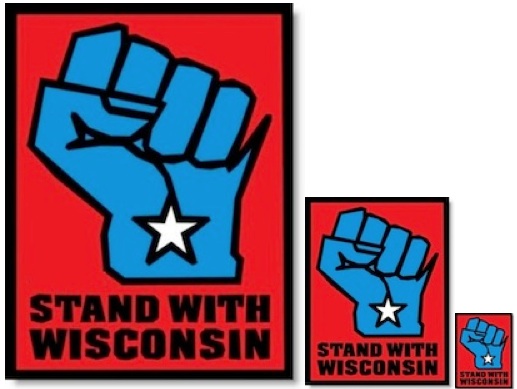 Barrett’s stayed as far away from the Capitol temper tantrum last year as Milwaukee would allow. Didn’t send a postcard. Refused to drink the Kool-Aid.

The mayor took on the government employee unions in his town. He used Scott Walker’s collective bargaining “tools” to balance his budget without laying off employees or raising taxes. Which raises the question of what is the candidate’s rationale, other than that he is “not a rock star.”

The unions hate Barrett, teachers especially since he tried to take over Milwaukee’s failing schools. Will the unions work the telephones, drop literature, spend what remains of their members’ dues on his behalf? The answer is yes, but only to some degree. The thrill is gone. Gee, I’d love to help but the lawn isn’t going to mow itself.

The passion has been drained out of the Democrats’ irredentist hopes to reclaim the Doyle mandate. (The what?) Tom Barrett, Mr. Nice Guy, is not the one to stoke the flames of desire.

Barrett, furthermore, cannot escape the indelible stain his political party has left on Wisconsin. Senators deserting their jobs, the Siege of the Capitol, boycotts, death threats, Michael Moore and Jesse Jackson – now they have saddled taxpayers with a $16 million recall – all for what?

Even Kathleen Vinehout, one of the Democratic candidates, said there’s no going back completely from the Act 10 collective bargaining reforms, according to WisPolitics.com.

Walker was the real winner last night. Time is on his side. The budget is balanced, property taxes are down, government is open for business, kids are in school, unemployment is at a four-year low. He IS a rock star! (It’s going to be a great time at the state Republican convention in Green Bay this weekend. See you there!)

Democrats have a huge enthusiasm gap

I saw it at my SW Madison polling place where some of the old folks, now widows, who supported me in my county board campaigns a decade ago, hobbled to cast their votes for Scott Walker.

Ann of Althouse also saw it. “Our casual assessment of yard signs in Madison says anti-Walkerites have resigned themselves to defeat. They've already attained closure. It was enough to force Scott Walker into a recall election. He's been unsettled and harassed. No point saying they're actually supposed to win, then, is there?”

The Hard Left is in a dither over Barrett's refusal to show up for an announced "Unity Rally" today in Madison. Instead, they’ll meet privately at Barrett’s Milwaukee home. They’ll probably be a news media “opportunity.”Barrett has lost the true believers, people like The Crapper, the Big Labor blogger disciplined for blogging on the taxpayers’ time on his Milwaukee County job. On his Cognitive Disobedience blog, he says this about his party’s recall nominee:

"It's like having a boyfriend who says he loves you but doesn't want to be seen with you in public."

“Remember Barrett's rhetoric about putting Madison on a diet, and picking on prisoners with sexual identity disorders? Tearing us down by picking on public employees and vulnerable populations is not ending the civil war, it's tamping one side down.”

Liberals are preparing for doomsday. Saw James Hoffa of the Teamsters (role model for American youth) on the Mr. Ed Show Monday night on MSNBC, talking about Wisconsin. He starts out "Even if we lose …" The camera went to Comrade John Nichols who, very uncharacteristically, was momentarily at a loss for words.