Someday, before I relinquish my top-secret In Business security clearance and retire to more southerly, cosmopolitan climes (and if Fitchburg ever adds an Olive Garden, it may just have to do), I’d like to accomplish all of the following:

As IB’s designated liberal scribe, I’ve generally been loath to criticize our president, confident that others in this publication’s employ will be more than happy to do so. That said, I haven’t always been 100% happy with the man, and have been especially disappointed in his inability to pierce through the cynical veneer of Washington politics and really rally the country behind him. 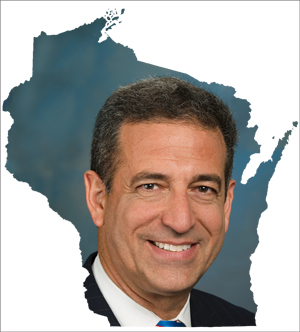 But I was never more disappointed than last month, when details about the NSA/Verizon snooping program first surfaced. After flogging various non/mini-scandals for months, Republicans finally had a real one fall in their laps. And it raised several discomfiting questions.

Is this sort of government intrusion really what Americans want? What kind of precedent does this set? Did anyone envision this kind of overreach when Congress passed the USA PATRIOT Act in 2001?

While the government was hastily cobbling together the PATRIOT Act in the wake of 9/11, Sen. Russ Feingold (D-Wisconsin) was literally alone in the Senate chamber in his opposition to the government’s greatly expanded powers under the act.

“One provision that troubles me a great deal is a provision that permits the government under FISA to compel the production of records from any business regarding any person, if that information is sought in connection with an investigation of terrorism or espionage,” said Feingold at the time. “[U]nder this bill, the government can compel the disclosure of the personal records of anyone.”

Well, now those chickens have come home to roost, and who knows how long they’re going to stay?

Ever true to his convictions, Feingold sharply criticized the NSA program when it was uncovered last month, saying it allowed the government to simply “go on fishing expeditions.”

Of course, Feingold is more than free to speak now, being an ex-senator. But when he was still in harm’s way — and the bullets were flying fast and furious — he stood his ground in a rare and remarkable act of political courage. As we know, he survived in 2004 but eventually lost to Ron Johnson in 2010 (which, to many of us, felt a little like your mom divorcing your dad so she could date Carrot Top).

But last month’s events couldn’t help but underscore what I’ve felt all along: In the final analysis, Barack Obama is just another politician (with whom I usually agree), while Russ Feingold is a man of deep principle who just happened to hold high political office.

That’s why I’d love to see Feingold return to Wisconsin as the Democrats’ last, best hope for defeating Scott Walker in 2014.

Sure, his progressive values are more in line with my own, but it goes beyond that. In fact, a Feingold governorship might go a long way toward healing the statewide rift caused by the scorched-earth policies of Walker. He may be an unreconstituted lefty, but he’s still popular in this state. In fact, a February Public Policy Polling survey indicated that Feingold held an edge over Walker, besting him in a hypothetical race by 49% to 47%.

More importantly, he’s shown he has real integrity. It’s hard to imagine Feingold garroting an entire segment of the workforce without warning, as Walker did shortly after taking over in 2010.

Feingold himself has appeared uninterested in returning to state politics, and perhaps he’s reserving his energies for a 2016 run at his old Senate seat. But as much as Washington could use him, one could argue that we need him more here. So maybe some gentle arm-twisting is in order.

With the trappings of patriotism all around us this July, it’s useful to remember what true patriotism looks like. It’s not always about agreeing with your countrymen, and it’s certainly not about political expediency or carrying water for powerful interests. Russ Feingold knows that, and that’s just the kind of wisdom Wisconsin could use these days.

Economic forecast: Recession all but certain in 2023

Taco restaurant to open on east side