My friend Brian Schimming will tell you that our liberal acquaintances always get the crime issue wrong.

It’s like asking a Lithuanian about the proper bunt strategy in a close baseball game. He might have an opinion, but it is uninformed.

But it is a sign of progress that Madison liberals are at least beginning to talk about crime. That will happen when the shootings and muggings move from Northport in the northeast part of town and Meadowood in the southwest to the 500-600 blocks of University Avenue.

That is where customers of the state’s largest and most prestigious university go to play. And when your Big Ten school’s candidate for the Heisman Trophy becomes a victim, even the likes of Lukas Diaz will sit up and pay attention.

Luke has held various offices in Progressive Dane, a group of Lefties that makes Tammy Baldwin look like Sarah Palin’s long-lost twin sister. Luke blogs at Forward Lookout with the likes of Madame Brenda Konkel. Normally, the blog is consumed with cosseting street vagrants at taxpayer expense and otherwise growing the entitlement state. 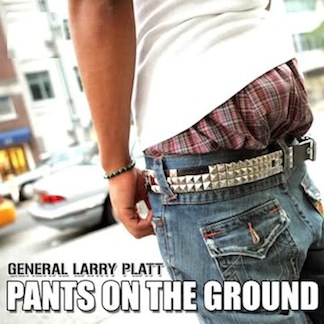 His is the first blog on crime I remember seeing at this site. (“… Chief Noble Wray is Not Up for the Job.”)

Luke coughs up a hairball because Madison Police Chief Noble Wray identified as responsible for the increasing mayhem on University Avenue “a nomadic group of between 60 and 150 African-American men, many with gang connections.” (Wray’s quote originates with a Capital Times interview.)

Although Chief Wray himself is amply endowed with righteous melanin, Diaz turns the race card face up: “I know a lot of people will focus on the racial component of what he said, but what I see is a police chief who is bewildered and unable to solve the problems facing the city he is responsible for.”

Which is itself a bewildering statement, given the Progressive movement’s fixation with root causes (poverty, racism, global warming, George W. Bush) rather than personal responsibility and a civil, ordered society. At least Progressive Diaz is talking about crime. That’s progress.

“As I drove through about 1:45 a.m. one recent Saturday night, the area was abuzz with police. That’s understandable given the headlines this summer. A shooting in May injured three people, and in a recent incident, Montee Ball, the UW running back and Heisman Trophy candidate, was beaten in the nearby 500 block. Police have had to use pepper spray to quell fights and there has regularly been late-night tension in the vicinity, especially on weekends.”

Diaz faults Chief Wray for not coming up with “solutions.”

Actually, making an area “buzz with police,” is one solution. It is Diaz who – read the piece – never offers a prescription, beyond changing the name plate on the chief’s office door.

In point of fact, Chief Wray has offered multiple solutions. Diaz’s Progressive Dane allies on the Madison Common Council have fought them off as if they were Mormon missionaries at a Noam Chomsky lecture. Let us count the ways:

• When University Avenue and State Street bars like Johnny O's required state IDs before admittance (Chicago gang bangers not welcome), they were pilloried as racist.

• When Chief Wray requested more police officers after clamor from many residential neighborhoods four years ago, the Prog Dane contingent voted no. Their opposition was so egregious that the police union took out billboards supporting Ald. Brenda Konkel's defeat.

• The Progressive-Liberal city government refused to allow landlords to check for criminal histories until the state Legislature intervened.

• They killed off Ald. Thuy Pham-Remmele's proposed curfew, which the police supported. A few weeks later, a 17-year-old boy was gunned down in Meadowood by three 16-year-olds. (I recount those 2009 events here.)

There is much more that could be done, if Madison’s liberals would remove the handcuffs from the police and allow them to put the bracelets on the bad guys.

• Crack down on indecent exposure, littering, noise, trespass, and graffiti – all the quality of life issues.

• In addition to the “No shoes, no shirts, no service” signs, retail businesses should require pants to be cinched at the waist, not the knees.

• Deny Section 8 to anyone capable of working and/or put recipients on city work details. They can pick up their own litter.

• Police must be allowed to restore order as they did in days of yore, as described by George Kelling and James Q. Wilson's treatise on neighborhood policing, “Broken Windows,” in the March 1982 Atlantic magazine. Instead, we’ve circumscribed their role as little more than the intake mechanism for the criminal justice system, with its constant second-guessing and fixation on defendants’ rights.

• We need a citizenry unafraid to establish boundaries and enforce them; we have never ceded ultimate responsibility for the protection of our property, lives, and peace of mind to third parties.

• Beyond that, we must get over that peculiar Madison conceit that holds that, by sticking a flower in our hair (as the Summer of Love anthem had it) this mid-size city can solve murderous Chicago's worst problems.

I’ve said it before and I’ll say it here: Madison cannot get a handle on crime until it solves its Progressive-Liberal problem.

Lest anyone forget, this city has not been operated by conservatives at any time in the last 40 years. You own this problem, Mr. Progressive.

Muskellounge expanding on Madison’s east side