Paging Sarah Manski: You can’t leave for California just yet

Blaska’s Bring It! blog is fun for the whole family! Put it down where the kiddies can get at it!

It appears one-time Madison school board candidate Sarah Manski has some homework to do here before departing for California. Monday was the deadline to file campaign finance reports for any funds raised or expenditures made between the last reporting date of Feb. 4 and March 15. Manski was a candidate until Feb. 21 when she said she was quitting the race to move to California. She dropped that bombshell barely two days after knocking out charter school proponent Ananda Mirilli in a three-way primary.

WKOW TV-27 reports that Manski’s campaign committee’s treasurer, former school board member Nan Brien, said her name was only window-dressing on Manski’s campaign literature. Nonetheless, she would be legally liable if no report is filed. Nan Brien was an outspoken opponent of Madison Preparatory Academy, the public but non-union charter school proposed by the Madison Urban League to address the district’s minority achievement gap. The district attorney has been apprised.

Having knocked Mirilli out of the race, Madison’s Political Machine is taking no chances. The remaining candidate on the ballot for Seat #5 is T.J. Mertz. Madison Teachers Inc. invested $1,697 in the Mertz campaign. The radical left UW Teaching Assistants Assn. put in $150, Progressive Dane $125, AFSCME $100. All told, the special interests contributed well over half the $3,417 Mertz reports.

More peculiarly, those PAC donations (excepting that from the TAA) were made after Manski dropped out of the race after squeezing out Latina immigrant Mirilli in the primary. (See for yourself.)

Three things are clear, from the campaign finance reports filed this week: a) that Madison Teachers Inc. and/or the Dane County Democratic Party are knee-deep in three of them, b) that the big race is for Seat #3, and c) Madison’s minority community has taken sides against the long-dominant Madison Political Machine.Mirilli did not have to file a finance statement Monday because she was knocked out of the primary and is not waging a write-in campaign. That said, I encourage you to write in the name of Ananda Mirilli on Tuesday, April 2.

Three seats on the seven-member Madison school board are at stake; all of them are elected district-wide. 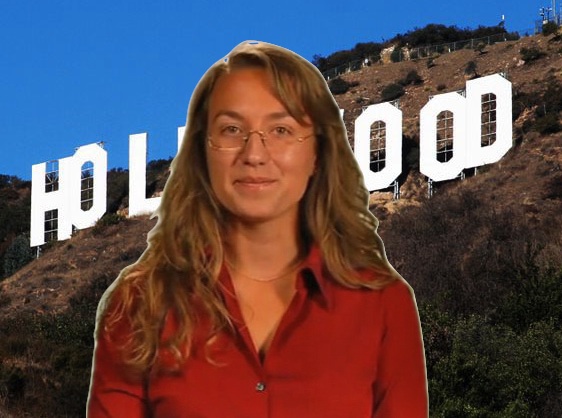 This one is shaping up as the most competitive. This is an open seat pitting Dean Loumos, the progressive establishment’s candidate, against south side community leader and retired police officer Wayne Strong. Loumos wins the money battle. Loumos hauled in $13,137. Of that, hyper-radical UW Teaching Assistants gave $150, Progressive Dane $250, Barbara Vedder’s PAC $100, AFSCME Local #40 $200, the Democratic Party of Dane County $400. Your dues at work!

I do find current school board members Mary Burke and Ed Hughes, former first lady Jessica Doyle, former school board members Lucy Matthiak (one of only two to vote for Madison Preparatory Academy), and Carol Carstensen (a real surprise!), Alds. Tim Bruer, Mark Clear, Anita Weir, and your genial host. Outside of the last mentioned, I could find no other co-conspirators in the Great Right-Wing Conspiracy to destroy our schools.

No self-protecting unions, no axe-grinding Democrat party, no far left Progressive Dane, no high-flying politicians. (See for yourself.)

Professional Democrat Greg Packnett reported a surprisingly low $3,095. Of course, like any of the candidates, his financing could be back-end-loaded; i.e., donors are promising checks that will not be written until the final week of the campaign, when the amount won’t be reported until after the election. That scenario is suggested by the fact that Packnett is maintaining a paid campaign manager, one Elizabeth Follett (no “e”), who has already collected $1,000.

What we know now is that the county Democrats are into him for $400 for this nonpartisan race. Individual donations include $250 from his two bosses, State Rep. Christine Sinicki, D-Milwaukee, and Rep. Penny Bernard Schaber, D-Appleton. Also contributing, local and/or former office holders Melissa Sargent, Carousel Bayrd, Lisa Subeck, and Bridget Maniaci. (See for yourself.)

School board president James Howard is the only incumbent running for re-election Tuesday, one of only two school board members to vote for Madison Preparatory Academy. Howard reported $2,021 raised. (See for yourself.)

Tuesday’s election offers Madison school district voters a stark choice. It is, to paraphrase the oft-quoted Wisconsin Justice Patrick Ryan: Who shall rule? The entrenched privilege of the teachers union or the people?

If you are satisfied with the status quo, you will not vote for Strong, Howard, or (as a write-in) Mirilli.