With nearly 7,000 members, “If you grew up in Madison you remember …” is one of several Facebook groups that reminisce about such things as the day Elvis broke up a fight in a service station at the corner of East Wash and Stoughton Road. Even if you didn’t grow up in Madison, you should know that story. 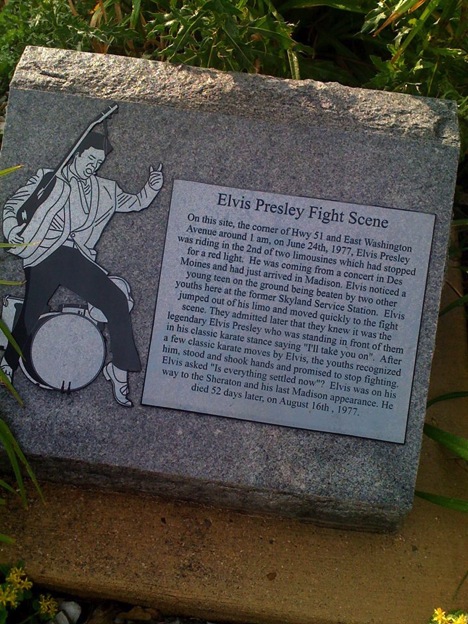 Posts tend to range from nostalgic to irreverent:

Some Madison folks take their Facebook etiquette seriously, as this thread illustrates:

Andy: I love this site, and have learned a LOT from it. But, I find a couple of things really frustrating. Although I am not a moderator, I have come up with two guidelines that I think will make this site a lot more straightforward …

First, before you post, please do a search to see if your topic has already been discussed. You might find your answers there, and then there won’t be multiple posts on the same topic.

Second, please don’t hijack other people’s threads. For example, if someone is discussing, say, McDonald’s, don’t jump in there & start discussing Treasure Island.

Thanks for reading this. In my opinion, I believe if people follow these guidelines, this site will be even better!

Paul: That happens when ya get old.

Raymond: I understand what his topic point is but then too each time a topic is repeated new people add new perspectives to it. As for changing the subject. People treat this page like an open discussion and the topic or discussion made them think of something else so they mention it. At any time the next commenter can take it back to the original topic.

George: Colleen, did you search to see if any Facebook high fives were already handed out in the last 30 days ?????

Steve: Okay, ok; There’s been enough fun had here. It’s time to get back on-topic. Anyone remember what that was? Anyone care?

George: If memory serves me it was the Eastside Businessmen’s Association fair

Eric: Does anyone remember the ESBMA fair?

Steve: Now Eric, this exactly what upsets some folks (the very topic of this thread). Not only off-topic, but something which has been discussed to the death already. Not to say that new input isn’t desirable, but at least it should be introduced as a ‘topic’ rather than brought up in a posting about something else.

So glad you’re here, and please do post something, but why not go to the Page and see what’s there for starters?

Eric: Does anyone remember Rennebohm’s?

Steve: Eric, oh Eric. Those topics are, right now, being discussed elsewhere. If you want to start a new discussion, please do so. The idea of a comment thread is to discuss THAT subject, not others. C’mon, you know that! You’re just messin’ with us, right?

Eric: Yeah Steve, I’m messin’ with ya. If I had a nickel for each time these subjects have been discussed, I’d be richer than the Koch brothers!

Jeff: Heaven forbid someone posts something that’s been discussed, WTF. How about East Towne Mall.

Barbara: I read Facebook like I watch TV news & used to read the paper=ignore or skim over the stories I’ve already heard/read. I’m not complaining @ all about my phone Facebook experience. (Like you, Colleen) I was just pointing out Facebook access/experiences are as varied as people!

We should observe a bit of tolerance.

Paul: That happens when ya get old.