My letter of freedom to Sen. Mike Ellis 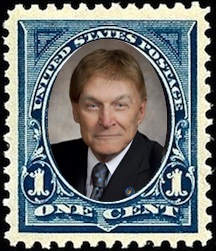 The Madison School Board recently voted 7-0 to encourage the state Legislature to say no to school choice. The surprise would have been had they voted otherwise.

I suspect Madison’s school board is like yours in Neenah and others throughout the state. Given their druthers, they’d just as soon have no competition. Makes management ever so much simpler.

Of course, those who can afford to do so can send their children to private schools – but first they must pay the monopoly school district, or move out of town. What a business model! Kim Jong-un would approve!

Our school board has the firm backing of the teachers union – the same one that unilaterally closed down Madison schools for a week during the Siege of the Capitol in February-March 2011. It should! The union elected them!

I do understand the superficial appeal of conducting local referenda before allowing school choice. Let’s say the vote was 99 to 1 opposed. Is the public welfare harmed by that one family making its own decision? If the vote is 50 to 49 against, doesn’t that indicate something is rotten in Denmark? Must the 49 bow to the tyranny of the majority? Conservatives believe that an unfettered marketplace is essential to the success of American freedom, that competition improves the product. Why should K-12 education be the exception?

Bottom line: No control is more local than the kitchen table: Mom and Dad deciding where their children will attend school – not being told, as in so many anti-capitalist societies. Thank you for your attention.

• I talk about educational choice with Charlie Sykes and company at Insight 2013 before a packed house in Pewaukee. (It’s the eighth and final video page.) Be sure to watch Charlie’s revealing interviews with Scott Walker, Ron Johnson, Paul Ryan, and more. Heady company, indeed!

• Also at RightWisconsin, your humble Squire of the Stately Manor anticipates the return to Madison of Ed Schultz, promoting the new Mr. Ed Show (weekends only) during his nationwide “Shocked and Stunned Tour.” Polite tittering encouraged.

• Hey kids! Catch my act this Friday, May 3 (a date that will live … in infamy!) from 8 to 9 a.m. on the Wisconsin Public Radio’s AM Ideas Network’s Week in Review.

Blaska’s Bring It! blog is locally sourced, uses all-natural materials, and is 100% recyclable.