Oh, hi. Didn’t see you there. Thanks for joining me at Bring It!, filmed live on the set of Mad Men. Ahem.

So certain are our liberal adversaries of their moral superiority, they have taken to expressing themselves in shorthand, like the convention of comedians who had enumerated the world’s jokes and laughed uproariously when one of their members shouted out, “Sixteen.”

In Wisconsin, balancing the budget after a $3.6 billion deficit is called “War on the Middle Class.”

The latest charge is that Republicans have declared “War on Women.” Don’t try to sell that science fiction to the Divine Miss Vicki, Michelle Malkin, Ann Coulter, Peggy Noonan, or Rebecca Kleefisch. (Conservative women to White House: You don’t speak for us.)

Wisconsin Dems are in DEFCON mode now that Gov. Walker and legislative Republicans repealed the Trial Lawyer’s Protection Act, signed into law by Jim Doyle in 2009, which gave one of the Democrats’ most generous donors another spin at the judicial slot machine and businessmen and women one less reason to set up shop in our state.

Unsurprisingly, Democratic Sen. Dave Hansen accused Walker of “turning back the clock on women’s rights in the workplace.”

Actually, the law was known as the “Equal Pay Enforcement Act.”

As National Review recounts, “Once an accuser had won before an administrative-law judge … she could then be allowed to file her case in a Wisconsin circuit court. Circuit courts were directed to award compensatory and punitive damages of up to $300,000 for large employers, whereas administrative law judges may only make the accuser ‘whole’ by awarding back pay, attorney’s fees, etc.” 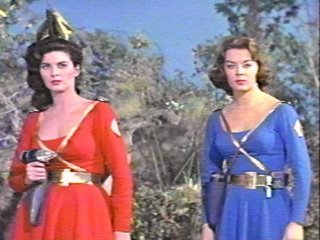 “Simply put,” National Review concludes, “there is no great sex-discrimination problem in Wisconsin workplaces that is not being addressed by federal law and pre-existing state laws.”

Victims of sexual discrimination could already file their cases with the federal Equal Employment Opportunity Commission, the federal courts, or the Wisconsin Equal Rights Division.

“By making it easier to extract punitive damages from businesses, the 2009 law made Wisconsin companies vulnerable to frivolous claims.”

Odd thing is, two women co-sponsored the repeal legislation: State Senators Alberta Darling and Pam Galloway. Both, by the way, were subjected to recalls by “pro-woman” Democrats.

State Rep. Christine Sinicki alleged that the lead author of the legislation, Sen. Glenn Grothman, once said women belong “at home, cooking and cleaning and having babies.” It’s a charge that PolitiFact rates as “false.”

That is not stopping the Wisconsin Democrat(ic) Party from using Rep. Sinicki, once an overseer of the failed Milwaukee public schools, to fan the War on Women message du jour on the national level. More French: Can you spell demagoguery?

The Romney people are fighting back

“If you're a stay-at-home mom, the Democrats have a message for you: you've never worked a day in your life. That's exactly what Obama adviser Hilary Rosen said about Ann Romney last night.

“Ann Romney represents the best of what happens inside the American home every day. Family. Something to be cherished, not mocked. Her choice was to stay at home and raise her five sons. That is no easy task for any mother – especially a woman who battled through breast cancer and multiple sclerosis.”

Now, for the Blaska counter gut-punch: Accuse Republicans of a war on women? I give you Exhibit A:

Do we have to get into the Kennedys? The Slymer? Palin bashers like Bill Maher?

Recall election predicted while you wait

What you’ve all been waiting for. The Sperry Rand computer at the Blaska Policy Research Center and Herpetarium (aka “Old Sparky”) sputtered to life this week and spit out this prediction for The Day After – June 6, 2012, a day that will LIVE … in infamy!

It was all over for the Democrats when The Kathleen Falk lost a bitter primary fight to Tom Barrett on May 8. The public sector unions backing her issued a tepid press release supporting Barrett but, having mortgaged the WEAC headquarters on Madison’s Nob Hill on behalf of Falk, they had no money left for the nominee, nor the will to spend it if they did. The public sector unions did no phone banking and put no feet on the ground.

The National Guard were in place by the time polls closed at 8 p.m. Tuesday to keep peace on the Capitol Square. Capitol police occupied the Capitol and downtown state office buildings.

John Matthews called off school and was immediately arrested for an illegal strike. Comrade Nichols couldn’t find his bullhorn. Segway Boy was ticketed for double parking. The Solidarity Singers sang, “We have been overcome.” Dale Schultz switched parties and became a Republican.

For Scott Walker had triumphed with 52% of the vote and all four senators survived their recalls (Petrowski pinch-hitting for Galloway).

Gladys, where IS my coffee?