The Squire of the Stately Manor is undoubtedly late to the national debate surrounding the abuse heaped upon a 68-year-old woman by middle-school students in a New York state exurban community. I am guessing that you know the story. If not, pause to watch the video, linked here. Like many, I could bear to watch less than a minute of it.

I comment here only because, three years ago, blogging elsewhere, I closely examined the “Lord of the Flies” culture of young men, unsupervised by adults, that was afflicting the southeast side of Madison, particularly in the Park Ridge, Betty’s Lane, and Balsam Road neighborhoods. I blogged often and passionately that the situation could not improve without the strong intervention of adults bearing the precious gift of discipline. So much the better if some of those adults wore blue uniforms.

Our alderman then, Thuy Pham-Remmele, was accused of racism for proposing a more stringent youth curfew. Odd, given that she was the only minority-race member of the 20-member Common Council.

One particularly foolish young man actually took to the pages of Isthmus to characterize the two of us, by name, as nervous Nellies. We needed to “take a deep breath,” the foolish young man advised. (Particularly noxious is his description of leaf-blowing retirees tending their property as the moral equivalent of F-bombing teenagers. It’s all decibels, right? Let’s not judge the content.)

Four days later, a 17-year-old neighborhood boy took his last breath, deep or otherwise, due to the bullet fired into him by three younger boys, who are now in prison. That, I got to think, is a worse fate for all concerned than spending a few minutes in back of a squad car, a prospect that appalled the good libs opposed to Ald. Thuy’s curfew.

Neither Thuy nor I were clairvoyant. We possessed no psychic powers. The beat cops and landlords we met with told anyone who would listen that the situation on the streets was deteriorating rapidly, mainly due to an influx of Chicago gangsta influence. Another tip-off: The police chief held a press conference in the neighborhood imploring residents to stop all the shooting. Shots were being fired into the local shopping mall. All this occurred well after two mass neighborhood meetings of 600 and 800 residents implored the city to intervene.

Our liberal critic was undeterred from his foolishness: He eventually prescribed administrations of Kool-Aid, as if artificially flavored and colored sugar water built strong character. His point, insofar as he had one, I suppose, was that these kids needed love.

Here is my point: These kids already may or may not have been loved; what they all lacked was adult supervision. A strong hand, not more buddies. They needed to learn to pay respect, not receive more affection.

Which brings us back to the bullied grandmother. I mention this case because, unlike the southeast Madison cases, the kids on the bus were white. So we don’t have to deal with “the elephant in the room.” Al Sharpton need not apply.

What we have are young people, regardless of race, who need to learn the fourth R: respect. It is a lesson that must be taught by adults. It is why the 2-year-old child says “no,” even when it means yes. It is a nascent sense of power. It is why teenagers overturn gravestones.

It is why, as a youngster on the farm, I pushed over the stacked sacks of grain so laboriously piled by the hired man. It is why said hired man ordered me to restack them. I lacked the strength, I cried. I could tear down. It was more difficult to build.

The concept of bus monitors is unfamiliar, and we shall not blame the victim, but the thought occurs that the lady could have informed the bus driver that he had four riders who needed to walk to school that day. And for many days thereafter.

That is what adults can do for the children they love. 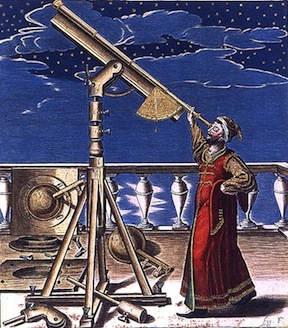 The Blaska Policy Research Center and Herpetarium is scanning the heavens for signs that our portside friends have learned the lessons of the June 5 recall. So far, the pickings are slim, Carlos.

We checked in with the national AFSCME convention, courtesy of that rightwing mouthpiece for the Koch Brothers, the NY Times:

“… absent from the convention discussions has been any serious consideration of a fundamental change in strategy – something that many labor and political experts say the union badly needs to win more public support.

We can also count on Planned Parenthood to continue its march over the cliff, according to Campbell Brown (didn’t Candace Bergen play her on TV?).

“Almost half of [PP’s] funding … comes from the federal and state governments, making it imperative that it have friends in both parties. But that’s tough to do when Planned Parenthood sees ideological purity as so paramount that it permeates every aspect of its strategic planning. There is almost no room for even slight deviations. Those who are not in lock step with the organization are viewed as enemies to the cause.” – Planned Parenthood’s Self-Destructive Behavior.

When you make an enemy of Susan Collins, the state of Maine’s version of our own Dale Schultz, how can any Republican support you? (Well, maybe Dale Schultz.)

Note to readers: I encourage your comments. If it helps, last time I looked, the answer to the comment verification question was “11.”