That is the Madison School Board. It has decided to batten the hatches against change. It is securing the perimeter against new thinking. It is the North Korea of education: insular, blighted, and paranoid.

Just try to start a charter school in Madison. I dare you. The Madison School Board on Monday took three measures to strangle new ideas in their crib:

1)  Preserving the status quo: Any proposed charter school would have to have “a history of successful practice.” That leaves out several existing Madison public schools – never mind new approaches.

2)  Starvation: Cap per-pupil reimbursement at around $6,500 – less than half what Madison public schools consume.

I spoke to Carrie Bonk, executive director of the Wisconsin Charter Schools Association.

“They should be worried about helping students in low-performing schools; instead, they are shutting down options.” 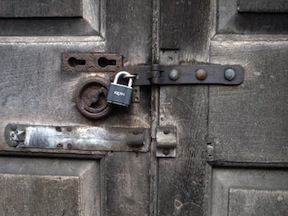 Ms. Bonk noted that states like Massachusetts and Tennessee were welcoming charter schools. Indeed, the number of charter schools has more than doubled in the last decade, to 5,618 nationally.

Carrie Bonk started a charter grade school in Sheboygan. After three years, she won the right to make the school a non-instrumentality, meaning (among other things) that Lake Country Academy could employ non-union teachers. In fact, every member of the faculty supported the move. With an enrollment of 274, Lake Country broke ground last fall for an expansion to accommodate the perennial waiting list.

Pupils are exposed to “core virtues” like responsibility, citizenship, and integrity.

With teachers unions, “it’s not about the kids,” Ms. Bonk told me.

Fortunately, Gov. Scott Walker is advocating for parental choice. Through private school vouchers, yes, but also by making it easier to create charter schools. Assembly Bill 40/Education would create an 11-member charter school oversight board that would include the superintendent of public instruction. That body would certify nonprofit, nonreligious agencies in the nine districts with the authority to contract for charter schools with a standalone charter school operation. Such agencies could be the Boys & Girls Clubs, could be a UW branch school, could be the Urban League. Currently, that option exists only in Milwaukee County, and only for four government agencies.

In fact, AB40 allows a school district to convert all its schools to charter schools – something that New Orleans did after Hurricane Katrina.

Allow me to paraphrase JFK: Those who make evolution impossible make revolution inevitable. The Madison school district has chosen irrelevancy.

Is liberal Mayor Paul Soglin practicing “austerity”? And just what IS austerity? Find out as I translate ProgSpeak into everyday English at Charlie Sykes’ Right Wisconsin.

The outrage over the Kermit Gosnell abortion mill is only to its degree of cruelty and lack of sanitation – the final result is the same. And really, who killed more children: this so-called “doctor” in Philadelphia or the ball-bearing bomber in Boston?

This has been a most reluctant spring.