The old adage that politics makes strange bedfellows seems to be less and less appropriate these days. On most major issues, especially those that require revenue or affect the level of government spending, it is hard to discover even a hint of flirting going on.

So what in the wide, wide world of sports is going on with a recent letter sent by 17 governors (12 Democrats and five Republicans) to Congress urging it to approve a long-term revenue solution for the nation’s transportation fund? By the way, Gov. Walker was one of the 17 signatories.

Among other things, the letter states, “We are very concerned, however, that the reauthorization [referring to the previous transportation funding bill] did not provide a long-term revenue solution to address the growing shortfall between revenue going in the Highway Trust Fund and the amount necessary even to maintain current federal investment levels for these programs.” The letter then warns, “If remedial action is not taken in a timely manner, the consequences would harm the economy of every state.”

Speaking of fraternizing with the enemy, how many joint statements have you seen lately from big business and big labor? The U.S. Chamber of Commerce and the AFL-CIO are not exactly simpatico on health care reform or tax reform or regulatory reform or … but they are in agreement on the need to increase revenues for the nation’s transportation fund.

When AFL-CIO President Richard Trumka and U.S. Chamber President and CEO Thomas Donahoe appeared together before the Senate Environment and Public Works Committee, Trumka joked that the joint appearance “does not mean that hell has frozen over or that unicorns are now roaming the land.”

Trumka continued, “The fact is, while there are many policy areas where we have sharp differences, we both realize that our country needs to step up our investment in America for business as well as working Americans to succeed.”

President Obama continues to exhort Congress to provide more funding for our nation’s roads, bridges, ports, airports, and transit systems. In fact, his recently appointed secretary of transportation, Anthony Foxx, has put a graph on the homepage of his department’s website demonstrating how quickly the fund responsible for highways and transit systems will run out of money if something isn’t done: 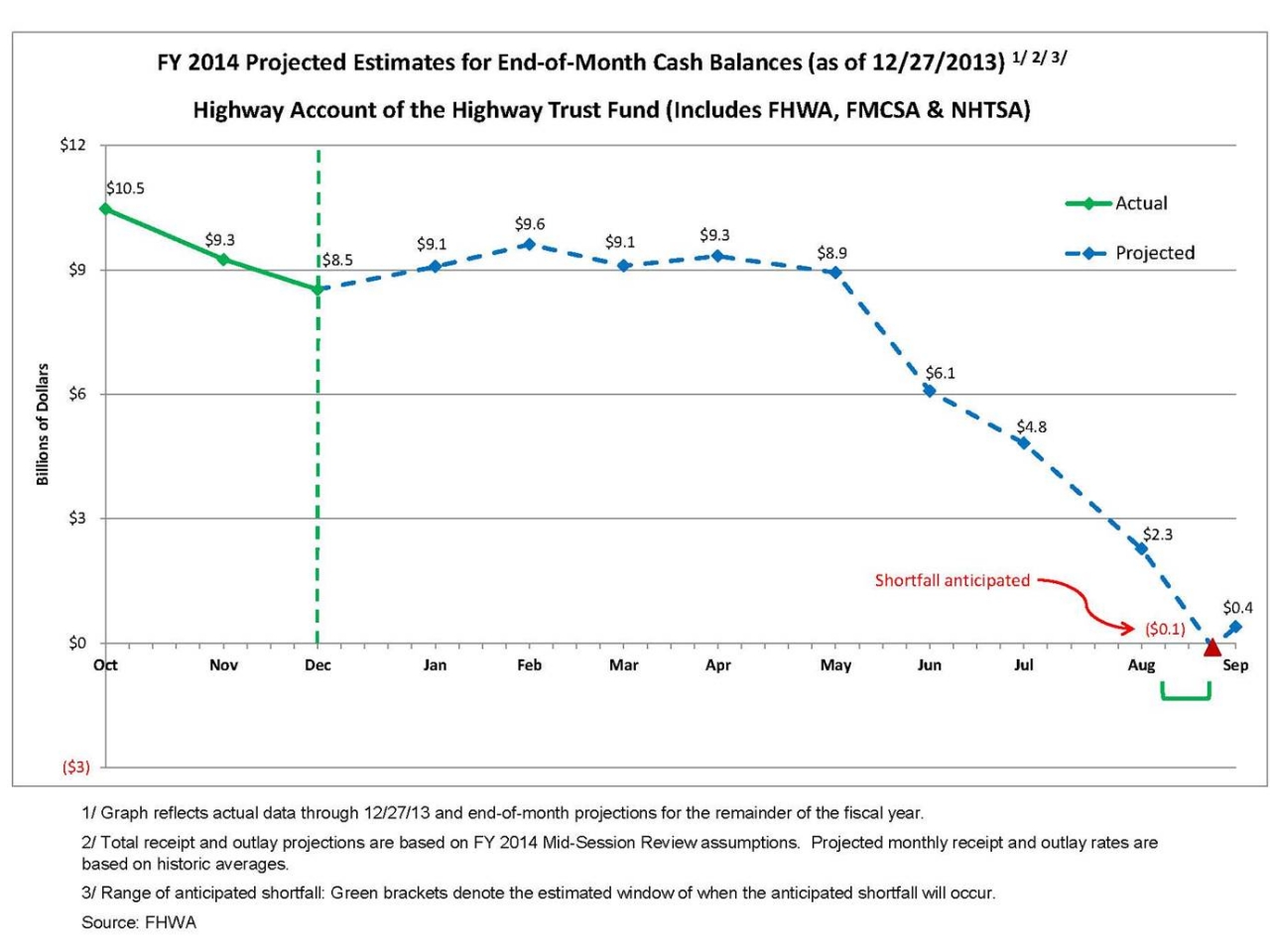 “Starting today, we’re going to post on our website exactly how much money the Highway Trust Fund has left, and update that number every month until the fund runs out, or until it can sustain itself,” Foxx said. “This is a number we share with Congress. But the American people need to know it too, because they are the ones who use America’s transportation system — and they are the ones who will travel slower and less safely if it isn’t funded.”

The current reauthorization, referred to as MAP-21 (Moving Ahead for Progress in the 21st Century), is set to expire at the end of September, which is what all of these warnings and … well … agreement are about.

It will be interesting to see how the president and Congress choose to resolve their apparent agreement.