What can I tell you except, “Forget it, Jake, it’s Chinatown.”

How can one explain a state that went deep red in 2010, that, in Ron Johnson, sent the nation’s most conservative senator to Washington, D.C., that just this June re-elected one of the most conservative governors in the nation a second time within two years – how can you explain that same state electing the radically liberal – excuse me! – progressive from the heart of Madison’s isthmus?

How can you explain a state that retained a solidly Republican state assembly, flipped the upper house back to conservative control after a brief and meaningless interlude, voting for Barack Obama and Tammy Baldwin?

How can you explain a nation so obviously mired in malaise, economically and spiritually, turning to that faded poster Paul Ryan so memorably skewered?

Like good ol’ Admiral Stockdale, I am out of ammunition. I cannot explain it and neither can you. It just is. 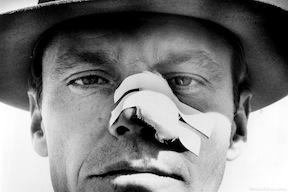 The First Squire raised his boy to be magnanimous in victory and chin-up in defeat. No regrets, no rancor, no recrimination shall emanate from the Stately Manor. The yard signs are down, the bumper stickers stripped off its fleet of vehicles. I will brook no conspiracy theories or woulda, coulda, shouldas. No bitter enders here. (I still marvel at the neighbor who maintains her “Recall Walker” yard sign these six months later.)

As thrilled as we conservatives were on June 5 and 6, we are a bit humbled today. But we are not beaten down. Nov. 6, 2012 (a day that will live …) was nowhere near the beat-down the Wisconsin recallers got this summer and last.

I can tell you Tammy Baldwin will be Lady Gaga on MSNBC. She will inherit the Paul Wellstone mantle as the hope of collectivists everywhere. Tammy will team with Bernie Sanders (Socialist-Vt.) to push a re-elected Barack Obama from the Left. Get a good look, America.

I can tell you the House of Reps, led by the new rock star Paul Ryan, will push back. He was elected to an eighth term from a district whose largest population centers are all union-blue strongholds. He won despite being otherwise engaged. As Old Joe Kennedy said of his second son, he has got the goods.

I can tell you that the great debate has just begun – minus, mercifully, the attack ads and robo-calls. That debate will play out over the next two and four years and America will be all the wiser for a debate that could be worthy of the Federalist Papers.

I can tell you losing a net of two U.S. Senate seats when Republicans bid fair to take the majority just six months ago is a bitter pill, but it is why candidates matter. Even so, Harry Reid cannot ride roughshod over anyone with a 55-45 majority. We’ll see just how independent are Jon Tester in Montana and Heidi Heitkamp in North Dakota when the roll is called; they kept their campaign distance from Barack Obama.

I can tell you gridlock will continue on the national level. If you think otherwise, ask Mark Pocan, the new congressman from the heart of Madison’s liberal isthmus, how many votes he gave Scott Walker, whether the orange T-shirt was a sign of compromise or militancy.

I can tell you that gridlock is good. It was, in fact, built into the system with its intricate separation of powers, six-year Senate terms, executive veto powers, and other remedies against precipitant foolishness. The first rule of politics should be that of medicine’s Hippocratic Oath: First, do no harm.

I can tell you the financial markets are not happy; the Dow was down 330 points at noon today to drop below 13,000. Those are people’s savings, their retirements, their children’s education, their plans for business start-up and expansion. Money is fearful today.

I can tell you that the economy will eventually recover despite Barack Obama because Americans are strong and the heart of rock and roll is still beating, as is that of entrepreneurship. Risk and reward remains a powerful economic aphrodisiac. The recovery will be slower than it should have been because the economy has had to work through billions of dollars of misplaced decisions, but Adam Smith’s unseen hand will dig out of the debris of coerced spending.

I can tell you what Tammy Baldwin finally told us in her victory address, contradicting her angry campaign message: that no one loves Wisconsin more than Tommy Thompson. Yes, a bitter primary drained his resources and perhaps Wisconsin just thought that the old warrior had had his day. There is fascination in the new.

I can tell you that Barack Obama could have had no better challenger than Mitt Romney, a good and decent man. Articulate and energetic, he pressed his case well. Perhaps his only mistake was that he wore his success in business during a stalled economy when demon envy was afoot in the nation.

I can tell you that Gov. Scott Walker now has Republican majorities in the State Assembly and State Senate. Expect iron mining to resume in Iron County; expect lower taxes, watch Wisconsin show the other 49 how to get things done. Mark Scott Walker well.

I can tell you that if you find someone who is genuinely thrilled about Barack Obama’s victory … back away carefully, make no sudden moves. Fear and stasis won this election, not hope and change.

The people have spoken, we must respect their decisions. This is America, still the best hope of mankind on earth. This is what democracy looks like, not besieging the Capitol.

The republic will survive. 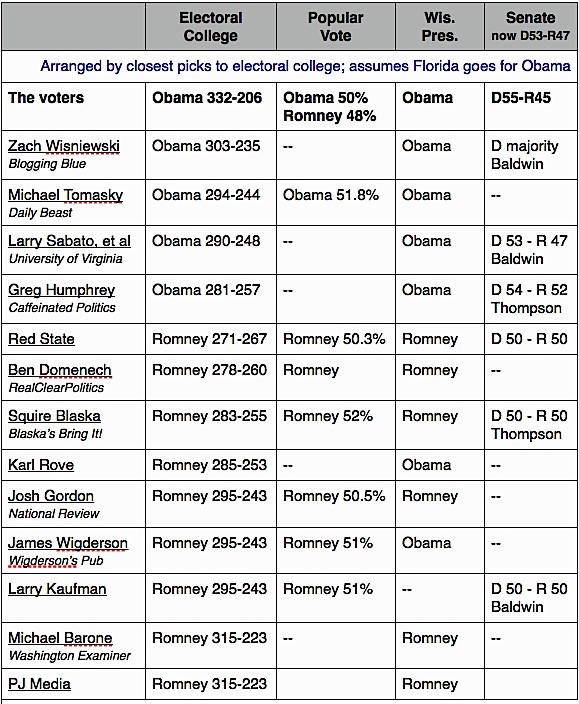