It’s fun being a conservative in heat!

The Squire played nine holes of golf Thursday afternoon at Madison’s Odana municipal course. So did 33 of the scheduled 40 members of our league. Took a cart instead of walking, in deference to the temps, which topped out at a record 104 degrees F. Even so, walked a fair amount and swung a lot. (I’m not a good golfer.)

Wore a white shirt made of gauze-like fabric that I purchased years ago in New Orleans and a wide-brimmed hat. Hugged the shade like a salamander. Drank a sports drink. The greens were in great shape but elsewhere the ball bounced like the course was one huge cart path. Still scored low (for me).

I do salute all the construction guys, roofers, blacktoppers, and others who must work in the heat. Been there (if for a limited time) on the farm baling hay, pounding freshly poured cast iron in a foundry during the summer, working next to a porcelain fire-kiln, and sweltering in the State Capitol before it was air conditioned (which many consider to have been ill advised). You can do that when you’re young, I guess.

Speaking of golf, the aptly named Charlie LeDuff golfs Detroit, the city destroyed by liberalism. (Note how many of the citizens he encounters are STILL waiting for help from the government.) You got to see this. 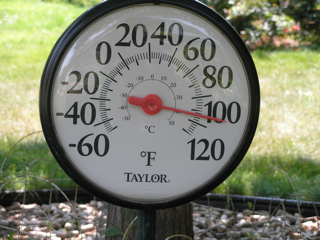 ‘We’re not here to debate’

This is what critical self-examination looks like to our liberal/progressive friends. The Progs held a seminar in Madison for out-of-state visitors. It was called “This is what democracy looks like: Voices of the Uprising.” The relentless Rebecca Kemble describes the scene for The Progressive magazine.

“At first it seemed like a tough crowd. [The organizer] was peppered with questions about state budget numbers. One woman asked if the panel included a Walker supporter to provide balance. [The organizer] explained that we were not there to debate, but to present our stories about what has happened in Wisconsin over the past year and a half and how we got involved in the struggle.”

“Tough crowd,” I guess! Balance? What’s up with that?! These old folks from out of town wanted statistics on the “devastating effects” the Republican budget was having on “families and their communities.” Did the audience hail from the “Show Me” state of Missouri?

They’ll just have to take the Progs’ word for it on the “devastating” thing. The journalism and personal evidence I have seen is that disgruntled teachers retired at age 55. (Oh, the humanity!) Government employees have to pay a little more for their generous pensions and health insurance but aren’t forced to pay union dues. Schools are concentrating on curriculum rather than union grievances, no job layoffs, budgets are balanced, taxes are lower for everyone, and we need rain. (I blame George W. Bush.)

I wasn’t there but I’m guessing the senior citizens came away thinking that “the Wisconsin Uprising” was much ado about nothing, particularly since the evil Gov. Walker was re-elected by an even greater margin the second time within two years. They get it; our Madison Progs never will because they listen to no other voices but their own.

And just consider the overwhelming narcissism of these people! “We were not there to debate, but to present our stories about what has happened … and how we got involved in the struggle.” 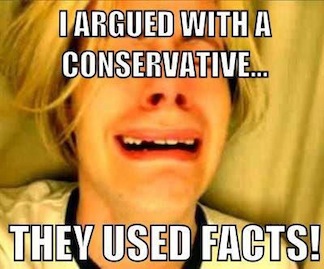 Hypocrisy, thy name … Still can’t get over the utter hypocrisy of the Senate Dems telling Van Wanggaard to “respect the will of the people.” The same Democrats who fled to Illinois, who encouraged the interminable recount in Justice Prosser’s re-election, who supported all the pointless recalls, who killed the job-creating mining bill. These are the same Senate Democrats who did nothing – nothing – about the state’s fiscal crisis when they had the majority, did not trust the people of Wisconsin to defend themselves (CCW), raised taxes, mandated our kids be instructed in labor unionism, and bled jobs.

“The people … have spoken and we must respect their decision,” said Sen. Kathleen Vinehout, who challenged Gov. Walker in the Dem recall primary. Only when they win, apparently.

Bias, much? The essential Wis.Politics points to an academic study that confirms what we already know: that news media coverage of Sarah Palin in the 2008 election campaign was skewed toward her family, her looks, and social issues: Study shows Palin treated differently.

It’s since been corrected, but a well-known lib/prog blogger (and my frequent debating WPR victim) referenced the big scientific discovery this week as “Hogg’s bosom.” Proof that our portside acquaintances really do live in an alternate universe. Or should I say, our porkside acquaintances.