What impact does COVID-19 stand to have on holiday retail, particularly Black Friday?

After more than 30 years, the nation’s largest retailer — Walmart — has announced it will not be open on Thanksgiving Day, and Target also has announced that it will be closed that day, as well. What does it mean for Black Friday, which formally launches the biggest shopping weekend of the year?

Already, there are signs that retailers face declining consumer sentiment. A public opinion poll of more than 30,000 Americans by the market research firm Piplsay indicates that only 28% of Americans are confident their holiday shopping will be unaffected this year, and 71% already have reduced their spending in anticipation of a lingering recession or loss of income — 27% of them substantially. Forty-three percent plan to purchase only essential items this year.

In this Take Five interview, Madison College marketing instructor and retail expert Betty Hurd weighs in on how retailers are likely to respond to this challenging environment.

Walmart and Target are two of the nation’s leading retailers. What does it mean for what has traditionally been the kickoff to the holiday shopping season? 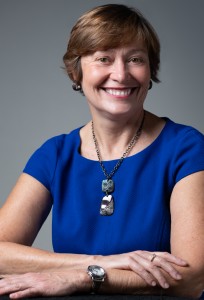 Hurd: “First of all, Black Friday has sort of spread itself out over the course of recent years where stores are open on Thursday all day, part of the day, or open at 2 or open at 4, or what have you. So, the shopping gets spread out. Typically, in retail, we think of it as Friday, Saturday, Sunday, and then Cyber Monday, but then Thursday [Thanksgiving Day] crept into the picture. A couple of things that I’ve read about and think about are just that shopping in general is so different with COVID-19 and with an unknown future, how are things going to progress? Where are we going to be next? Change happens rather abruptly, so as retailers we’re going to have to make some very quick changes in order to support the community for safety and support the community in terms of shopping and that experience.

“My feeling is that Black Friday will be busy to some degree, but a lot of it will be determined by whatever rules and regulations go into place nationally and certainly statewide and locally in terms of social distancing, and how many people per square foot can be present in the business. According to CNN and some of their business reporting, Macy’s will start its holiday shopping as early as right after Halloween, and Target has also announced it will start some of those [holiday] deals in October. The goal behind that is trying to get shoppers to spread themselves out even more. So, the typical Black Friday may start as early as sometime in October and go out through the entire month of November. Again, just to help with that social distancing and safety.

“Last year, Black Friday’s online sales rose 40%. With that increase, Black Friday was $600 billion overall. As we’re getting curbside delivery, we’re getting actual home delivery through whatever mechanisms and we’re going to see a huge surge in that aspect of things, particularly when people are unsure of whether they can actually go to the store. Do I want to go to the store? What do I want to do?”

Do you think a lot more retailers will follow suit on that, starting right after Halloween? Physical distancing only allows you to have so many people in a store at one time. I can’t imagine that only one major retailer will do that.

“I’m sure they are all scrambling at this point because once consumers have spent their money, they have spent their money. So, it’s the old adage of the early bird gets the worm, as they say. We’re going to see a flood of new information coming out as retailers redevelop their strategies. We’re already in late July, so one thing that will creep into that decision is anticipating what the public wants for the holidays. Number two is who’s going to make it? How is it going to get to distribution centers, whether it’s a Walmart distribution center or a Target distribution center or Amazon? Independent businesses — how are they going to get their things to be able to do a curbside delivery? That’s going to put a whole different perspective on the distribution chain, just as far as getting goods where they need to be so that they can be available to the customer in the way they want them.”

I was going to ask if Cyber Monday would bleed into Black Friday, but it sounds like that has already started to happen, based on what transpired last year.

“Oh, absolutely. Yes, that was one of the most significant changes that I can recall. It’s been really picking up steam now for quite some time. Cyber Monday has been around for a while, but now as a society that we’ve had to be online more than we’ve ever had to before, the population that was unsure about whether they liked online and felt that was not really the way they wanted to do things has now been forced to do that in some cases. They are gaining some comfort with that. Anything new feels intimidating and is scary and takes time to learn before you get that comfort level of having done it a few times with customers being more familiar with what it means to be online and being able to have more flexibility in your schedule.

“Every day, we hear of something changing. People’s jobs are changing. One day we’re working from home, and one day we’re not. Schools are undecided, and even those that have made a decision may have to alter their decision if they are physically going back to class and something comes up. So, nimble is the word that comes to mind the most. Retailers will have to be very nimble because the lifestyles of consumers will change and change abruptly. Oftentimes, they won’t have a choice as to what to do, so retailers must figure it out to honor what’s going on and take care of people.”

What is the more likely scenario — that so many more people become comfortable shopping online that it puts the final nail in the coffin for brick-and-mortar retail, or that it actually helps the independent retailers, especially those that have become more ecommerce savvy?

“I’ve definitely seen growth in the small, independent retailers. They have a very loyal customer base. You know the person [store operator] and you are friends to some degree, and you want to support the local businesses. As local businesses figure out how to do curbside delivery or how to deliver things, or how to go online, that just offers them what we call omnichannel, so there are all kinds of ways that a customer can buy from you. The more that any organization, global or an independent with one location, is nimble enough to make those adjustments, the more likely they are to survive as a business.”

What about embattled shopping malls? Things just don’t look very promising right now for in-store retail in malls/shopping centers. They have gone more toward entertainment and creating experiences, but how far is that going to take them?

“A couple of things come to mind right off the bat. Big, indoor shopping that everybody loved 20 or 30 years ago has now become a threat in some ways because you are in an enclosed environment due to COVID-19. One thing I could see an indoor mall doing is figuring out how to provide more outside access, so that you could drive up to the mall and just go to the side door or back door and go into retailers. So, the back door now becomes the front door and that may be a way to transition some of that.

“I was reading that Instagram is the new shopping mall and I thought, ‘Well, isn’t that interesting?’ We’ll see how that all pans out. COVID-19 has been around for a while, and people feel cooped up. People are wondering, “Oh, gosh, can’t I just go anywhere to do anything?’ That [mall] business is going to be tough for a while until safety under a roof can really happen, but the first thing that popped into my head there was let’s just make the back door the front door. Then, you can control who is there and how many people are there, and while you’ve wasted that interior space, maybe making sales in any space is better than making sales in no space at all.”

Do you have any other observations on future trends?

“Just some things for consumers to think about. When they are shopping, obviously safety comes first, and just looking at the transparency of companies is really important as far as how they do business, how they are trying to satisfy the customers’ needs, and whether they are socially and globally responsible. How nimble can they be to really support the community? I’m starting to read a little bit more about some alternative shopping channels and new support systems. An example of that would be if you have a tight-knit neighborhood, one person might go shopping for four or five people. People are doing more of that type of shopping where each person can take a turn to go out, or a designated person is going out to do some shopping for other people.

“So, there are still some alternative shopping behaviors that have yet to come to fruition. The more that we can take a look at those and see those, it offers consumers more flexible ways to get the things we want and be safe. We’re really in a place where we feel so socially isolated that whatever way that communities can build themselves to provide for that is helpful. We’re humans and we like to be with humans. The more that we pay attention to that, the more we’ll start to see some new things evolve. I don’t know what they are yet, but that was one example.”

Take Five with Terry Siebert: Saying so long, not goodbye