Election Day approaches; be careful out there, conservatives

Blaska’s Bring It! blog is double-wrapped for freshness!

At the morning briefing that began every episode of television’s Hill Street Blues, the police sergeant played by the late, great Michael Conrad would admonish the uniforms before they hit the mean streets to “be careful out there.”

Good advice for us conservatives as the Nov. 6 election looms less than two weeks hence. Be careful out there.

It seems entirely possible that “The One” may lose and that Tommy will beat Tammy; in which case our liberal acquaintances may very well act out their inner feelings, anger management being a challenge for many of them. Hell, the self-righteous ones are already on the warpath, judging by the police blotter.

Here in Madison, Kyle Wood, a full-time volunteer working for GOP House candidate Chad Lee, was hospitalized for injuries suffered during what he said was an assault at his home. The Daily Caller website first reported the story. Wood said his attacker’s reference to a warning likely pointed to graffiti he found painted on his car last week. The vandalism included the phrases “house trained republican faggot,” “traitor,” and “ur like a jew 4 hitler.”

Steve Elbow of The Capital Times has the story here. The Divine Miss Vicki interviewed the victim Thursday.

UPDATE: Wood has recanted his story, as this Madison Police report details. My larger point remains. I could very well have included the roofing nails sprinkled on the parking lot of a Tea Party event over the weekend in Racine, as detailed by a local news site and by Breitbart, causing flat tires.

Then there is State Sen. Neal Kedzie’s young adult son, who attempted to stop vandals from stealing his Romney/Ryan sign outside his house in Whitewater but was beaten by two young toughs. He was hospitalized for his injuries. The senator tells the story here. 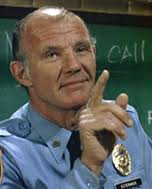 ‘We get a lot of death threats’

It appears the Koch brothers, like a growing number of businesspeople, are sending information packets to employees to tell why their jobs and their employers depend on Mitt Romney winning on Nov. 6. Liberals, of course, hate that, as a Wall Street Journal column titled “The dangers of an informed electorate” [paywall] points out today, the employers might actually learn something. These same liberals have no problem with union endorsements, union-organized political rallies, campaign contributions, phone banking, lit dropping, etc., for their favored candidates.

Yes, Koch Industries is (largely) unionized, which is more than the pro-union Capital Times can say. One might say the Koch brothers have better relations with organized labor than Dane County’s progressive voice.

Mike Ivey in The Capital Times points to this feature from the Wichita Eagle, the hometown paper of Koch Industries headquarters. The article notes how the political pressures are taking a toll on the family:

“We get a lot of death threats,” Charles Koch, 76, told the paper. “We get threats to fire-bomb our facilities. We get attacks by ‘Anonymous,’ trying to break in, destroy our communications, computer systems ­ cyberattacks.” The story also notes that David Koch, 72, told his three children ages 6 to 14 that their bodyguards are actually nannies hired to help the family.

Charlie Sykes points to a Facebook site where liberal activists celebrate tampering with food. Voces de la Frontera apparently took shopping cartfuls of Palermo’s pizzas out of a Madison Costco store freezer and rode the carts around the store until they unfroze, then abandoned the carts. The union is striking the locally owned Milwaukee company.

Finally, the Milwaukee Journal Sentinel has quit endorsing candidates, apparently stung by the hysteria that greeted its re-endorsement of Gov. Walker in fending off a recall. Our liberal friends are big on boycotts, don’t you know. When liberals lose the argument they try to end the debate. One can attribute cowardice to the J-S, but print news sources are economically fragile propositions. Bruce Murphy explicates.

If the Tea Party committed one-tenth …

What happened to moving to Canada?

Right Side News lists 50 desperate actions Obama supporters are threatening should “The One” be defeated. Many of them involve acts of violence. Each one is sourced.

32. If I see another "Romney" sign I swear ima knock it down…

35. If Romney became President and took away welfare Downtown Cincinnati would become a riot

36. If Mitt Romney wins come Nov. I'm becoming an Atheist Nun, just to shut-down those ****heads that want take control over me.

My favorite is the threat to occupy Romney’s mansion in La Jolla, Calif. Z! Haukness, are you listening?

Get well, Mitch Henck, a Madison original (even if he hails from Indiana). He’s at University Hospital.