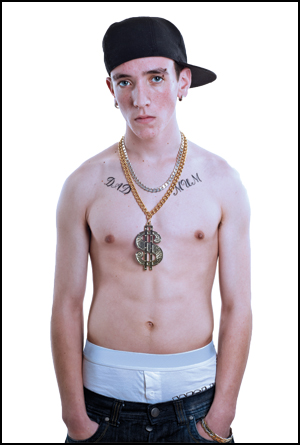 Gov. Tommy Thompson met with Department of Revenue managers one morning. First words out of his mouth: “You know what impresses me the most? How well dressed all of you are.”

The large room tittered at what it supposed was a witticism until the governor insisted that he was dead earnest.

As I escorted the great man to another part of the building, he asked if the department’s employees always dressed so professionally, or was it in his honor? Thinking quickly, I answered, “Yes.”

Jackets, ties, dress shirts, and slacks – if not suits – were the rule in TGT’s own Capitol office. “There is much to support the view that it is clothes that wear us, and not we, them,” Virginia Woolf observed. “They mould our hearts, our brains, our tongues to their liking.”

Teenage boys at Eau Claire Memorial High School are on the right track. Last year they formed The League of Aspiring Gentlemen, now 50 members strong. They eschew jeans and T-shirts for bow ties and sport jackets, cardigans, and dress slacks, the Eau Claire Leader-Telegram reports. They study such related matters as taste, manners, etiquette, style – “and the finer things of life,” including Miles Davis’ classic Kind of Blue jazz album. Yes, one does lead to the other.

At the other end of the spectrum is the league of aspiring hoodlums. Caps backward, hoodies up, and pants down is the gangsta style – with language just as profane. Madison Police Chief Noble Wray tells me that the sagging pants and visible boxer shorts emulate the prison inmate who has lost weight on poor food and too many idle hours exercising.

It may be within the laws of probability that a young man so clearly debilitated by poor self-esteem could volunteer for, say, Habitat for Humanity – the exception proving the rule, and all that. Don’t count on it.

Our first president was a true gentleman. At the age of 15, George Washington copied the already ancient Rules of Civility & Decent Behavior in Company and Conversation. (A favorite: “Bedew no man’s face with your Spittle, by approaching too near him when you Speak.”)

Historian Richard Brookhiser writes that the Rules “are concerned with etiquette – how to walk, talk, dress, and eat. These are the externals of life, and they can strike us as superficial. Yet … externals have a way of working inwards. … In order to decide when to properly take off your hat, you must first be aware that there are others about you that you should salute. … Civility, as it turns out, is an external practice of virtue.”

A common failing among liberal thinkers (if that is not an oxymoron) is to reach for the macroeconomic. Crime, for instance, cannot be cured until such “root causes” as poverty, racial discrimination, and lack of “family-supporting” jobs are defeated.

Maybe it’s the other way around. People write their own outcomes. Destructive behavior – substance abuse, school truancy, crime – impoverishes both the individual and the society around him. It starts with attitude. If impressionable young people dress like gangsters, how long until they act the part?

Joann Peck of the UW-Madison School of Business told me, “What a person wears and how they present themselves are much more diagnostic because the person has control over this. If you meet a new person, the clothes they wear are used to make inferences about them. … This can result in lower self-expectations and a more negative attitude toward oneself.”

Two of Madison’s schools have formal dress codes. (What’s with the others?) At O’Keeffe Middle School, caps, bandanas, hairnets, scarves, sweatbands, and “do-rags” are verboten – as are sagging pants and “visible underwear”!

Before the ACLU gets its own undies in a bundle, the school proclaims “a close relationship between student attire and student attitudes toward school.”

And toward life. On the southwest side of Madison, the city has identified as “a predominant safety issue … large groups of juveniles, some in excess of 50 youth, roaming through the neighborhoods. These young people have been intimidating to residents and hostile to police.” The city is seeking a $1 million federal grant for more police, youth service projects, employability prep, and “community-building efforts.”

Here is my community-building proposal, and it’s free: The next time you see a young man succumbing to the curse of low expectations, do this:

Customers, give the manager a choice: droopy’s business or yours. Managers, post the premises. Adults, confront the malefactor directly. No need for vitriol. Break into the American Idol YouTube hit song “Lookin’ Like a Fool With His Pants on the Ground.”

Alternatively, channel the League of Aspiring Gentlemen. In your best Grey Poupon voice, inquire, “Pardon me, young sir. Are you having a wardrobe malfunction?”