Did Eric Hovde make the mistake of telling the truth?

When you’re running third in a four-man race, you must be thankful for any news coverage. Eric Hovde hit the jackpot by getting Page One of the daily newspaper in Madison.

The U.S. Senate candidate is taking incoming from the likes of professional race huckster Al Sharpton for a supposed faux pas committed on the campaign trail. In the world of politics, “faux pas” can be defined as unintentionally telling the truth.

Hovde, speaking in Brookfield, riffed on the eagerness of the mainstream news media to be suckered in by an individual’s trite sob story: “Oh, the person couldn’t get, you know, their food stamps or this or that.” (The video is here.)

Hovde rightly pointed out that the real story is, “But what about what’s happening to the country … as a whole?”

Let’s face it: the U.S. has constructed a big-box welfare supermarket; in any such massive enterprise, there are bound to be people who (cliche alert) fall through the cracks. Their individual stories can be poignant. Sometimes.

Or how about this for fresh thinking? Why are they in economic peril? Did they make bad decisions? Bad decisions should be punished. Does the ready availability of taxpayer-financed giveaway programs dull the individual’s enterprise? Then time to rethink them. Or is there a lack of opportunity? Bad economy? Those are things the government can ameliorate.

In an email to Republican activists, Hovde said:

“What Arianna (Huffington), Reverend Sharpton, and those who constantly demagogue this issue by playing class warfare never want to admit is that it’s out-of-control government spending and crushing debt that is putting all of our programs – including Food Stamps, Social Security, Medicare, and Medicaid – at risk.

“What’s even more hypocritical is that Arianna, who – through her heritage – is well-versed on the devastating effect the debt crisis has had on Greek society and entitlements, would use my comments out of context to attack me.”

Today’s multimedia information overload can reduce any message to white background noise. Wisconsin, fresh from 16 months of political turmoil, is especially benumbed by all the chatter. It’s the unexpected that bores into the cerebral cortex. Hovde’s supposed faux pas may instead become a breakout moment of truth-telling. 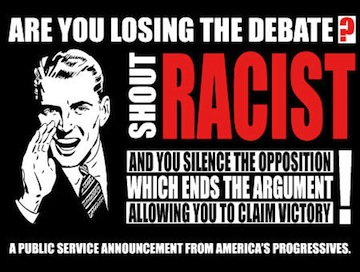 ‘Faux’ is not pronounced ‘Fox’

How many times can this supposed cable “news” channel get caught cheating, lying, fabricating?

All their crimes against journalism employ malicious editing of videotape to distort the truth. A stupid practice, considering that everyone is a journalist in this day and age of smart phones and YouTube. Roll the tape, Lester:

• Last August, MSNBC presented a clip of Texas Gov. Rick Perry, then a candidate for the GOP presidential nomination, saying “that big black cloud is hanging over the country.” “Mr. Ed” Schultz then looks into the camera to declare, “That big black cloud Rick Perry is taking about is Barack Obama.” (Crying racism in a crowded theater: the last refuge of a scoundrel.)

The next day, Mr. Ed was forced to walk back that whopper and show the context. Just one second more of tape, wherein Gov. Perry is heard to say: “A black cloud is hanging over the country, that debt that is so monstrous …” Here’s the footage.

• Last March there was NBC/MSNBC’s selective editing of the George Zimmerman 911 call in the Trayvon Martin shooting.

“This guy looks like he’s up to no good … he looks black,” Zimmerman said in the edited segment.

Zimmerman: “This guy looks like he’s up to no good. Or he’s on drugs or something. It’s raining and he’s just walking around, looking about.”

Dispatcher: “OK, and this guy – is he black, white, or Hispanic?”

MSNBC.com published a printed version of that call featuring the edited segment of Zimmerman’s conversation with the 911 dispatcher. As of this writing, MSNBC has not yet issued a retraction or apology. Hear it for yourself.

• MSNBC is eager to portray all Republicans as country club swells, painfully out of touch with the real America that somehow still prefers Fox to MSNBC. This week it was Andrea Mitchell’s turn to play Pinocchio.

Politico picks up the story:

“Discussing how the public sector suffers from a lack of competition, Romney told the audience about an optometrist who wanted to change his address and subsequently received 33 pages of paperwork from the federal government, which begat a months-long bureaucratic nightmare during which the optometrist in question wasn't receiving his checks. ‘That's how government works,’ Romney said.

“Then, to illustrate the advantages of competition in the private sector, Romney shared an anecdote from his visit to the local Wawa chain store. ‘I was at Wawas, I went in to order a sandwich. You press a little touchtone keypad – you touch this, touch this, go pay the cashier – there’s your sandwich. It’s amazing. People in the private sector have learned how to compete. It's time to bring some competition to the federal government."

“But in the MSNBC clip … Romney's remarks begin with the Wawa anecdote and end at ‘It's amazing,’ an edit … that makes it seem as though Romney was expressing amazement at the advent of touchtone screens.”

Finally, how is one to take seriously any news or opinion source that has race huckster Al Sharpton on its payroll?