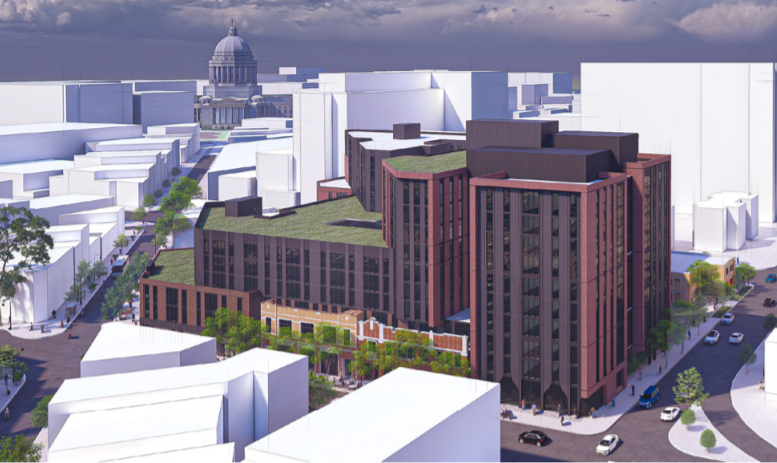 Core Spaces of Chicago has refined plans for a $100 million-plus project bordered by State, West Gorham, North Broom, and West Johnson streets, according to a Wisconsin State Journal report. The 10-story “Oliv Madison” project will front the 300 block of State Street and preserve facades of historic buildings while creating 451 housing units, 24,773 square feet of first-floor retails space, a rooftop terrace with pool, and 209 spaces for vehicles. The developer is also looking to lower rents for some low- and middle-income tenants. The structure would be three stories facing State Street but rise to 10 stories at the corner of North Broom and West Johnson streets.