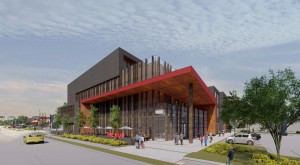 The south side of Madison could be in line for millions in development, a new bridge over the Beltline, and other improvements, according to a Wisconsin State Journal report. The South Madison Plan sketching the future of the area between Wingra Creek and the Beltline will be introduced to the Madison City Council later this fall. City planners have included concepts that envision more density at the Village on Park Mall, 2300 S. Park St., where the Urban League of Greater Madison’s $20 million Black Business Hub could be located. Other ideas include an expanded Penn Park, a redeveloped Metro Transit South Transfer Point, and the addition of housing and retail spaces. The plan could be adopted as early as 2022.