May explain why former Chicago schools administrator Jennifer Cheatham sought greater opportunities here in Madison. The Chicago school system is closing 61 school buildings to address a $1 billion deficit; 140 of its 681 schools are at least half-empty. (More about that here.)

Might not a tiny voice be whispering to Fighting Ed Garvey, John Nichols, Jeff Simpson, the UW School of Education, and other bitter-enders that perhaps the Chicago teachers union bears some responsibility for a) the financial deficit and b) the flight of students out of the public schools? It was, after all, the Chicago teachers union that walked out on students last September to fight performance measures and a longer school day.

Fighting Ed Garvey is not a stupid man. But he does suffer from labor union fixation disorder. Visit his blog on that subject today and tell me if Ed doesn’t remind you of the guy stocking up on matches as his house burns down. Bad schools are how cities die.

I’m sticking with the union

Former mayor Dave Cieslewicz gets it: “Two things are clear – despite her previous lack interest in education issues, [Sarah] Manski was encouraged to run by the old guard liberal establishment (most of it white), and her gambit essentially ended up freezing out a minority candidate in Ananda Mirilli, who finished third and so didn’t advance to the general election in April.”

He’s wrong about that; age has nothing to do with it. Fealty to organized labor, recognizing that its money and foot soldiers fuel the liberal enterprise, is to blame. Sarah Manski and Greg Packnett, after all, are still young people. Paul Soglin and John Matthews were just as pigheaded when they were in their 20s. Stu Levitan is getting superannuated, but he seems to get it.

What is at fault here is progressivism itself. It supposes that a right-minded elite (not coincidentally afflicted with a visceral hatred of the marketplace) should deny the less inspired the ability to make “wrong” decisions. A tax-coerced public school system run by these elites is the end goal, instead of merely a means to an end – that end being educating children.

One more thing local progressives don’t get: They presume minority race folks share their progressivism because, gosh darn it, don’t they owe them big-time? Didn’t they work for Bobby Kennedy?

Is that so difficult to understand? The Marquette Law School poll just out shows 51% of respondents statewide – and, surprisingly, in Madison – support expanding school choice vouchers compared to 14% who are opposed to any expansion and another 28% who want the program repealed altogether. Support for charter schools runs 42% favorable to 16% unfavorable. Respondents also understand that competition improves schools, that charter schools do NOT take money away from other public schools, and that charter schools have the flexibility to fit the needs of particular students. 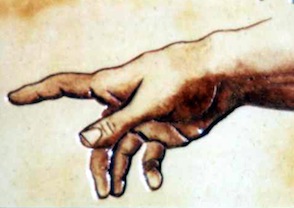 The hand of God?

Nothing we experienced in the 1960s (if you remember the ’60s you weren’t there) is as mind-blowing as what astronomy and string theory physics are revealing these days.

A T-shirt summarizes what is, for me, the most amazing thing ever: “First there was nothing. Then it exploded.”

The European Space Agency has composed, with the help of its Planck satellite, something called a “heat map” of the universe as it appeared only 370,000 years after the Big Bang. Those little dots grew into the billions of galaxies we are discovering today, 13.8 billion years later. The New York Times tells us:

The data also offered striking support for the notion of inflation, which has been the backbone of Big Bang theorizing for 30 years. Under the influence of a mysterious force field during the first trillionth of a fraction of a second, what would become the observable universe ballooned by 100 trillion trillion times in size from a subatomic pinprick to a grapefruit in less than a violent eye-blink …

Wrap your mind around this: The Big Bang wasn’t an explosion into space but of space, the creation of time and existence itself.

Then there are the worlds of big and tiny. Higgs bosons, anyone? Here is a fascinating website that compares the scale of the universe.

Think I’ll lie down and take a nap.