Local leaders share some of their scariest moments on the job — and not just from 2020.

It’s the end of October, which means it’s scary season. Of course, this is 2020, so scary season has lasted about seven months and counting thanks to the COVID-19 pandemic, civil unrest spurred by police-involved violence, and a presidential election that threatens to drag on well past Nov. 3.

Often times, the scariest things of all aren’t the ones that go bump in the night but the everyday occurrences that make up the fabric of our lives. As professionals, all manner of things can send chills down our spines, from a particularly frightening client interaction, a poisoned business deal, or an employee or manager from hell.

Life’s not a horror movie but that doesn’t mean it can’t still be terrifying. In advance of Halloween, we spoke to several local top executives — all part winners of our IB Executive of the Year awards — to hear one of their most terrifying business stories and find out what other leaders can learn from their experience to avoid appearing in a sequel of their own. What follows is entirely in their own words. We hope their tricks can provide your treats the next time something scary lurks around the corner at the office. 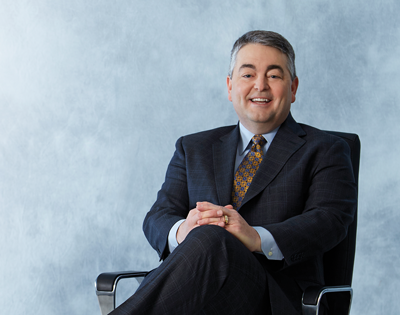 “When I started work at the Federal Reserve Bank in Minneapolis in the early ’90s, the HR department went through the normal onboarding steps and specifically talked about all the security guards that would be around the building. It was highly protected with many serious armed guards and I needed to be alert. Obviously, it made sense with the billions in cash and checks they processed every day.

“On one of my first days at work on the 10th floor, I was in the restroom when suddenly I heard a significant amount of gunfire. I grew up hunting and I knew it was gunfire, and I knew that it was fairly close by. At first, I could not imagine what was going on. My next thought was that it was a bank robbery or takeover. I admit my mind was racing and I was a little scared. It was a lot of gunfire.

“When it stopped, I peeked out the bathroom door and saw that no one else seemed to be alarmed at all. As casually as I could, I asked someone if they heard all the gunfire. It was then I learned about the practice shooting range for the guards on the floor above us. Soon, I was known as the new guy who thought the Fed was being robbed. At least they did add the detail about the range to the orientation information going forward after my suggestion.” 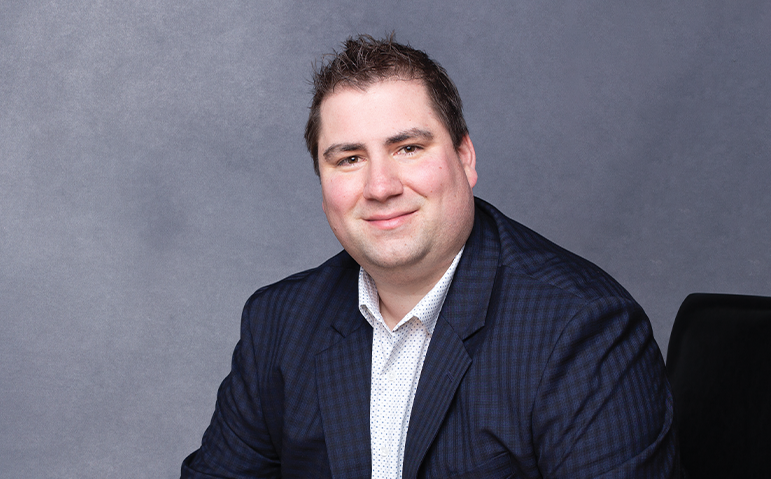 “I think a frightening experience for any entrepreneur or business is when you lose big deals. I can recall more than one occasion where the team I was working with was very excited for a big deal to come home. I even had one come home that we held for three months, only to watch the client’s entire C-level staff get fired and our deal go up in smoke. It was pretty scary stuff that had nothing to do with us and was out of our control.

“Going after big deals and whales is a part of business and a part of the entrepreneurial experience. The big stair steps in growth come from big deals. Yet, the reality is that building a strong, healthy business is often more about a whole bunch of small deals that bring more stable growth.

“One deal won’t really define you or your company. One customer often doesn’t make your business. If you lose that one opportunity, there are five more like it out there. You just have to put your head down, say “NEXT!,” and find them.  A lot of being an entrepreneur in 2020 comes down to persistence.” 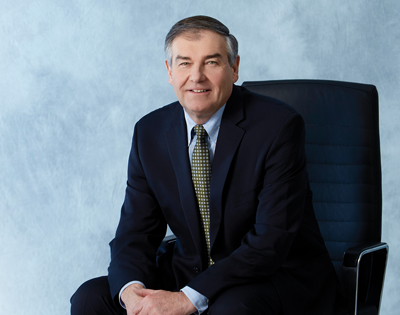 “When I was the president of Total Solutions, a division of TSYS in Columbus, Georgia, we processed a huge number of credit card applications. Our customers would mail their credit card application to us via a business reply envelope. This was also during the time when there was a lot news regarding the infectious disease anthrax being sent through the mail. To protect our staff, we trained everyone who picked up mail to only bring back envelopes. We specifically trained them to not pick up any envelope that was thicker than usual or wasn’t a business reply envelope.

“One day, I got an urgent call asking me to come to a conference room immediately. When I entered the conference room, I noticed a decent sized box sitting on a table that the mailroom personnel had opened. I looked inside and there were batteries, twisted wires, and a timer. I must admit, that took by breath away! I was extremely worried because of the number of employees in the building and because the building contained the backup tapes for the second largest credit card processor in the world. We immediately evacuated all 300 employees from the building and called in a bomb squad from Fort Benning, which is near Columbus, Georgia. They came in, took one look and said, “It’s a fake.’

“Obviously, I was greatly relieved to learn it was a hoax, but it definitely sent a chill up my spine. I thought how could someone pick up a box when they had been instructed to only bring back business reply envelopes. It might have been a fake, but it sure looked like a bomb to me when I first peered into that box.” 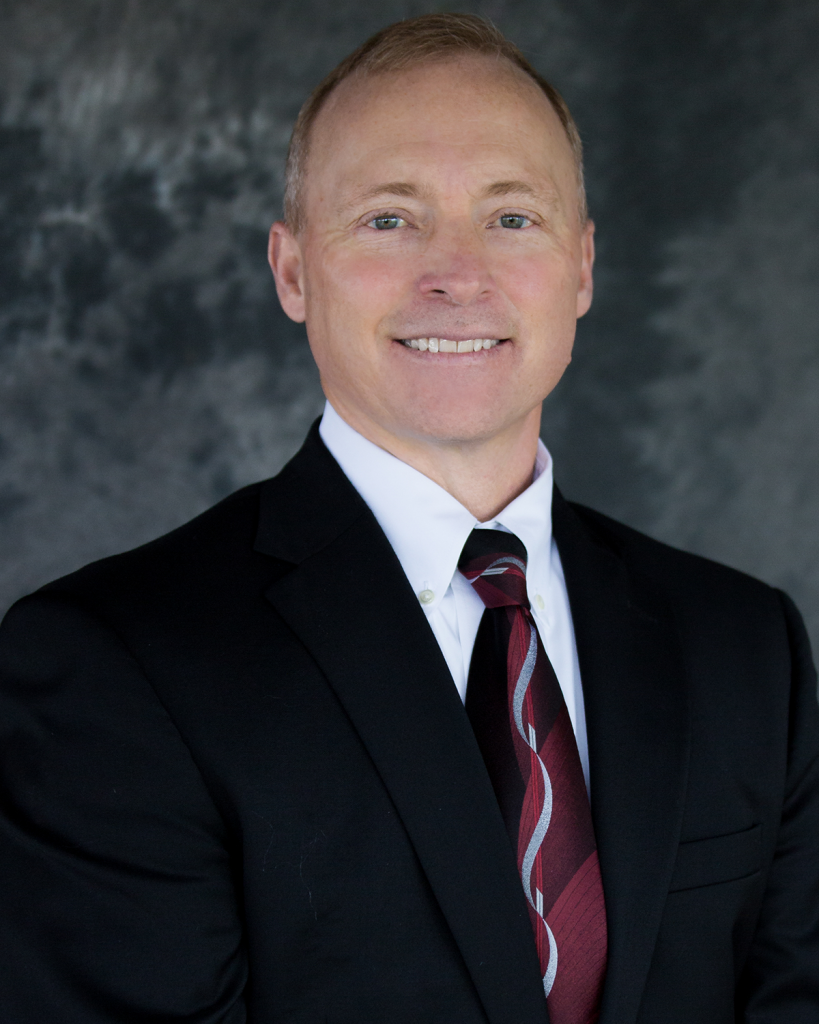 “Earlier this year, the U.S. economy raced into a recessionary period with the stock market tanking and unemployment skyrocketing. Our fearless elected officials responded and came to the rescue with the approval of the CARES Act. Within this act, the banking industry was to be the ‘White Knight’ and help stimulate the economy by facilitating the Paycheck Protection Program. As the U.S. was scrambling to find toilet paper, Congress looked at us bankers and said: ‘We are from the government, you can trust us!’ What can be scarier than that?!

“As so many great financial institutions jumped in to help, this stimulus package was great in concept. It created forgivable loans to businesses, which in turn could fund payroll for their employees. Without question, in a very short time frame, billions of dollars were poured back into employee’s paychecks in order to provide relief. Unfortunately for many of us, the rest of the story has been a continued horror film. Banks find themselves trying to interpret an ever-changing playbook and unable to provide clear guidance to their customers. Even once Halloween and the full moon are an afterthought, the banking industry will have to endure this government nightmare.” 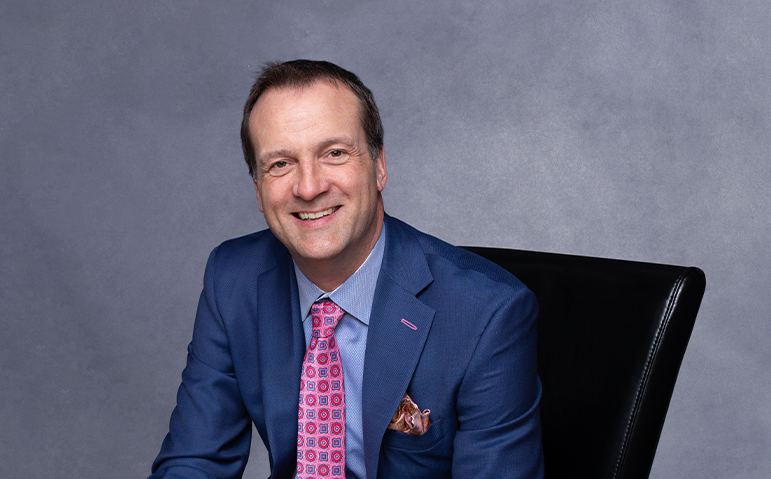 “Recession. It’s a scary word for individuals and for business owners. Even when you provide an essential service like benefits, nothing is guaranteed. In 2010, health care reform was introduced on top of an already struggling economy; 2007–2009 were the first few years of the last recession and the country was awash in uncertainty.

“This was a big moment for TASC. In 2010, our organization celebrated 35 years of business, and we were forced to take a look at what we were offering to the marketplace and how we would adapt to the changing health care climate. Any significant aspect of an external environment that can negatively affect an organization and potentially undermine the strategy and strategic vision is known as a strategic threat. The recession coupled with the introduction of the Affordable Care Act presented TASC with an operational risk and a strategic threat to our business and our industry.

“Regardless of the state of the economy, people and businesses still needed benefits, as they are considered essential. However, this type of threat could have significantly altered the way we did business and the revenue we received, as companies looked to tighten their belts and brace themselves for the drastic change, such as something like an entirely new health care structure.

“Our plan was to diversify TASC’s offerings during this shaky time. Our big revenue items remained a question mark; that was the big uncertainty for us. So, by diversifying our account offerings, we hoped that it would offset the uncertainty with new, timely accounts. In doing so, we ended up creating more options that clients and potential clients were clamoring for. It created a flywheel effect for TASC. At first, we seemed to be inching forward but eventually many of the new options took off. Adapting to the new health care world was crucial for our expansion and for our survival during that uncertain time, taking what we already knew we were experts at to provide benefit solutions and finding new ways to adapt and innovate.”

9 tech trends that could dominate business in 2021 and beyond