Bicycle thieves learn what neighborhoods are all about

A homeowner in the Meadowood neighborhood was mowing his backyard lawn. When he returned to the garage, he noticed his bicycle was missing.

He relates the story on the local NextDoor social network:

“I immediately went next door to alert my neighbor, whose garage door was also open, of the theft. While ranting about the situation (I was really upset!), another neighbor came over to tell me she’d seen four kids walking away with the bike. The descriptions matched four kids who’d approached me a few days earlier asking if I had any work for them to do. I did not have any work for them, but told them to check back another time. I don’t know if they were actually interested in doing some work then, or they were just there to check out the contents of my garage, It might not have been premeditated: it could be that they had returned yesterday to see if I might have work for them, discovered I was occupied mowing the lawn, and stole the bike on impulse. I simply don’t know.

“Another neighbor showed up in a car and told me she’d seen a very small kid riding a tremendously over-sized bike away from my house. She followed him to Theresa Terrace. The area has a history of problems and had been the site of an altercation involving scores of people, a few weeks back.

“I quickly put my bike rack on my car and drove to Theresa Terrace. Two neighbors followed me in their cars. Sure enough, there were two kids riding my bike on that street. I stopped, got out of my car and demanded they get off my bike. I did not recognize them, but I did recognize two of the kids from earlier, get up off the curb where they were sitting and run away. The kids on the bike were reluctant to get off the bike. They said a friend just gave them the bike as a present. I persisted. I told them it wasn’t his bike to give them, and that he had stolen it from me. During this exchange, people started coming out of their houses and off their porches and a crowd began to form around me. Eventually, they got off the bike and I put it on my rack. No more than a minute had elapsed, but already people were hollering at me that the bike was not mine, they were going to ‘kick my ass,’ and that I was stealing a child’s bike. And two men started towards me, and I knew it was likely to get really ugly.

“Fortunately, the neighbors who had followed me had stopped a safe distance back and were out of their cars and on their cell phones. I’m certain the men who had started towards me noticed my neighbors, assumed (correctly) that they were calling 911, and backed off.

“I got in my car and slowly drove away.

“This whole incident could not have taken more than three minutes, but there were at least 50 people — probably more — on the street and sidewalks as I drove away. And I’m convinced that I and at least the two men who had been coming towards me, would have been hurt, had it not been for the neighbors who followed me over and were on their cell phones.” 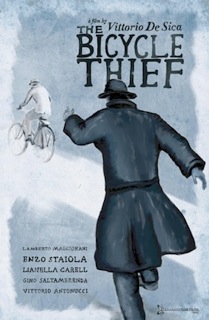 Your humble squire proposed just such an action when he wrote a series of blogs about the deteriorating neighborhoods on Madison’s southwest side four years ago. My philosophy is encapsulated in the blog “Be Not Afraid.”

I quoted a good man named Dave Glomp, who took a leadership role in combating the rot:

“Meadowood neighborhood association board member Dave Glomp has planted the rhetorical flag: ‘We have to be not afraid. If other neighbors are willing to stand with us it becomes a little less intimidating. We have to be able to stand up for ourselves. We need to enforce behavior and the police have to know we are going to do this. It’s our quality of life.’”

Oh, how we were pilloried for that heresy! Of course, as middle-aged white males we were labeled as the victimizers, of course. Many of us reject the notion that we surrendered our security, property, and peace of mind to the police. I asked four years ago, what would our fathers’ generation have done?

The police are there to help us maintain an ordered and lawful society, but their role has been reduced by the ACLU to merely the intake mechanism for the criminal justice system. In other words, they’re wearing handcuffs every day.

Mr. Glomp quit the Meadowood board of directors in disgust at the Pollyannish views of its then-president, Lisa Veldran, an adroit player of the race card. Her successor, one Krista Ralston, appears just as nearsighted. She wrote, after a 10-year-old boy was mugged crossing S. Whitney Way this summer:

“It’s always better to be well informed and search for open-minded, holistic solutions than to simply complain, or jump to disturbing, unproductive and fear-mongering conclusions about perceived problems in our community. Obviously it is important to be aware of criminal behavior in our neighborhoods and take all necessary precautions, but let’s not over-blow the ‘problem.’ [Her quotation marks] Unfortunately, crime happens but …”

(WKOW-News 27) Madison police officers were called to apartment building on Raymond Rd. Tuesday night for a dog fight. According to an incident report, about 20 were people outside and four pit bulls. Only two were reported to have been involved in any fighting. The dogs’ owners quickly led them away on leashes.

When officers stopped two young men walking with the dogs that had been fighting, one handed a leash to the other and took off running. Twenty-two-year-old Damarius Haywood was later found hiding in a nearby apartment. He was arrested for obstructing, bail jumping and criminal trespass.

Officials say a witness told police the owner was trying toughen up his pit bulls by having them fight. The dogs’ 15-year-old owner was cited for not having a dog license.

(Channel 3000) Police said a Madison man was robbed in his west side driveway last week. The Madison Police Department said a 35-year-old man was coming from work to his home on the 6300 block of Bettys Lane at about 3:54 a.m. on Saturday. Police said as soon as he parked his vehicle, a man opened the driver’s-side door and began punching him in the face. The victim told police another man took his wallet and fled. Police believe the robbers left in a car, as the victim heard tires screeching immediately after the mugging. The victim suffered facial injuries, police said. The victim told police there were three or four robbers. They were described as black, all in their 20s and about 6 feet tall.

The real winners? The bicycle thieves!

Back to the stolen bicycle. A local liberal commented on the NextDoor site: “Is this truly a cultural difference between groups or are the parents looking the other way?”

I answered, “Yes to both questions.” But the culture is not racial, it is a symptom of welfare dependency. When one has been conditioned to expect something for nothing, does it matter all that much where it came from?

“I’ll give you an attaboy for going after what was yours. But you did so prudently, with the back-up support of your neighbors. In essence, you and they helped maintain a civil society. The police themselves say they can’t be everywhere. Had you reported the stolen bike (and you would have done so on-line by filling out a form), you would be fortunate if the gendarmes got around to it the next week. [It’s the broken windows theory at play: Madison police have bigger fish to fry; they’re after drive-by shooters and heroin dens.]

“Imagine if every transgression was greeted immediately with similar resistance. With smart phones dialing the police and recording the scene. Believe me, word of what you did spread very quickly in the community and has made an impression. It’s not just the guys in blue uniforms we must respect.

“You know who benefitted most from yours and your neighbors’ actions? Those kids.”

Now THAT is a lesson in neighborliness that is at least as important as the neighborhood centers, dinners, and good wishes.